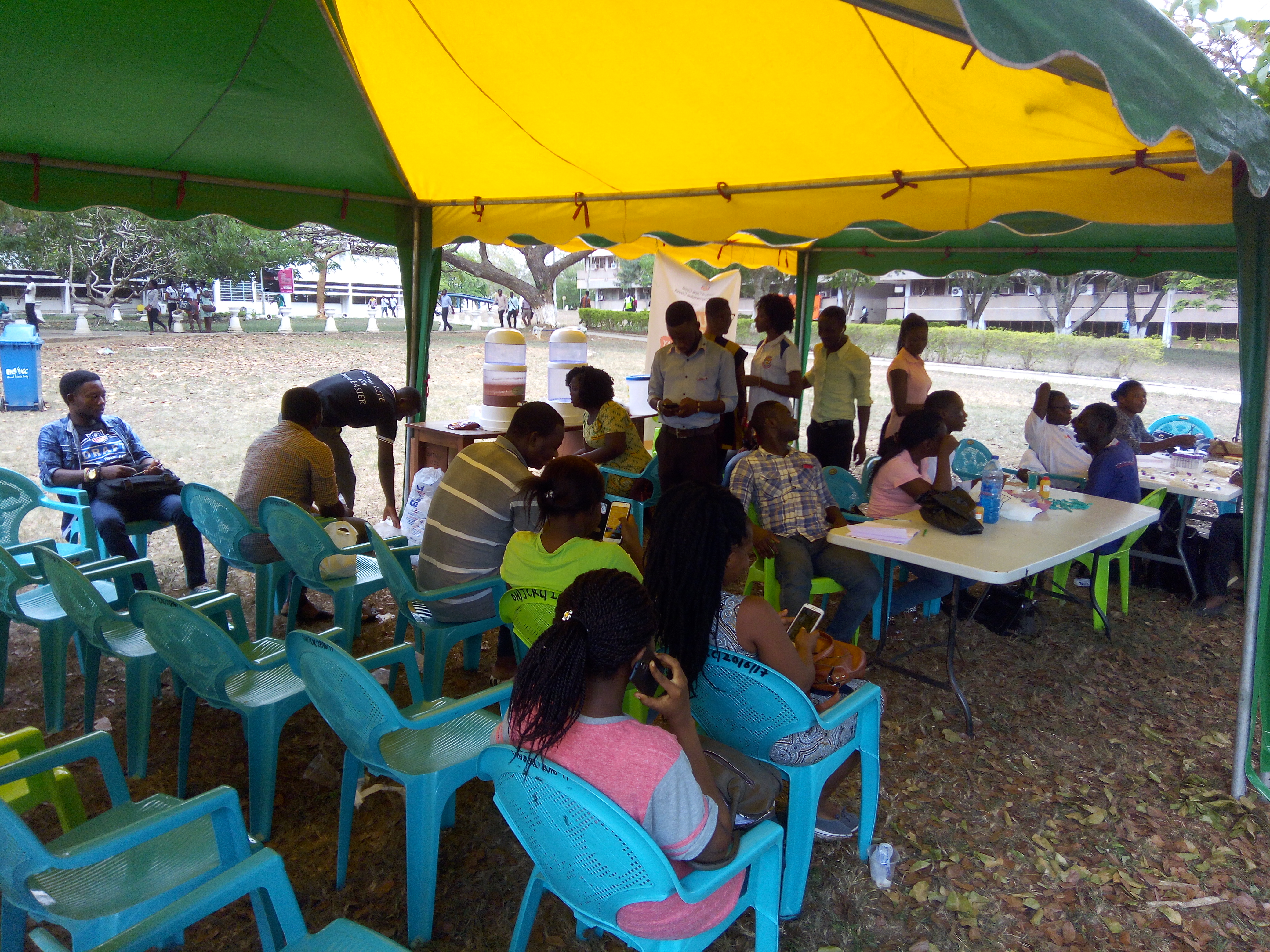 The Students’ Representative Council (SRC) of the University of Cape Coast (UCC) on Friday, 17th February, 2017 organized a blood donation exercise to help raise blood for the University Hospital.

According to the SRC Health Chairman, Mr. Yaw Okyere Marfo, it has been the dream of the SRC to help the University Hospital in their own small way.

The SRC Health Chairman further disclosed that, upon hearing an announcement made by the National Blood early this year indicating the shortage of blood, they realized it will definitely have an effect on the Regional Hospital and for that matter the University Hospital.

In order to help in their small way to curb the situation, the SRC Health Committee organized a blood donation exercise under the theme, “Donate to Save A Life” at the House of Parliament of UCC.

Speaking to Choicism.com, Mr Yaw Marfo stated that, prior to the exercise they anticipated about fifty individuals coming on board to donate blood. However, at the end of the exercise they had over a hundred tons of blood.

“It wasn’t easy getting people to donate after making my own checks, I was told the maximum number of persons who normally donate blood during such exercises, was twenty. We thus targeted fifty people at the end, but we were able to get over hundred tons of blood”, he stated.

He appreciated persons who took part in the exercise and advised others to also take part in such exercises anytime they are being organized.

Some students shared their experiences with us and encouraged others to take part in saving the lives of persons in need of blood.

“I have been donating blood since my senior high school level and it really feels good when you know you are giving life to others. I would advise my colleagues to do well to take part in such an important and fulfiling responsibility”, a student said.