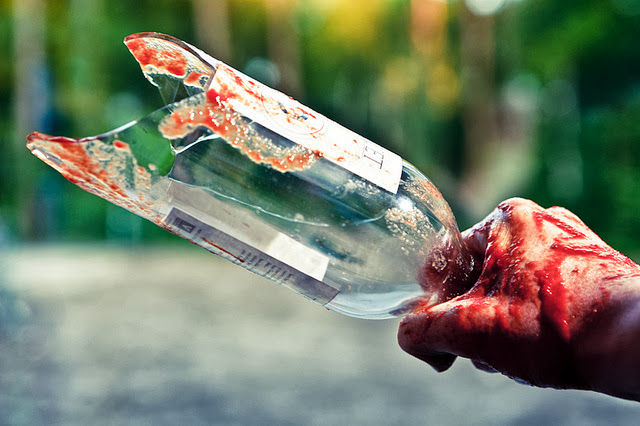 A First year student of the University Of Cape Coast (UCC), who stabbed his colleague in the armpit with a broken bottle, for mocking him, was on Monday granted bail by a Cape Coast Circuit Court.

Jeffery Obeng, a 24 year old Mathematics and Business student, was granted bail in the sum of GH¢ 5, 000.00 with two sureties.

He pleaded not guilty to intentionally and unlawfully causing harm and would reappear before the court on Wednesday, January 21, 2015.

Police Chief Inspector Charles Anku, prosecuting, told the court presided over Mr. Kofi Seshie Ametewee, that Obeng was a resident of the University’s Student Representative Council Hostel, and on Tuesday December 23, he stole a laptop computer belonging to Richard Opoku, a colleague student.

He said Obeng hid the computer with another colleague but it was retrieved by the Campus Security Guards after the owner had made a complaint to them.

Chief Inspector Anku said on that same day at about 1600hrs, some of Obeng’s colleagues saw him and started teasing him over the theft case, but this infuriated him and as a result stabbed one of them, Vincent Opoku Agyeman, in the left hand armpit, with a broken bottle.

He said the victim who sustained severe injury, was initially rushed to the UCC Hospital, but was later referred to the Cape Coast Teaching Hospital where he was admitted and was responding to treatment.

He said investigations were ongoing.