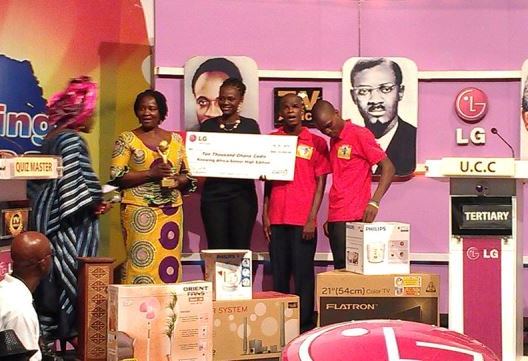 The University of Cape Coast, UCC has won the 2013 edition of the Knowing Africa tertiary quiz competition organized by TV Africa. UCC beat the University of Health and Allied Sciences, UHAS to win the ultimate prize.

The finals which was held at the premises of TV Africa saw UCC score 123 points whilst UHAS scored 118, a 5 point difference in scores. The UCC team was led by Oliver Tasim and John Champerer.

The SRC through its PRO issued a congratulatory message to the team. “On behalf of UCC SRC, we are grateful to the contestants and the general student body for their support and prayerS. May God richly bless you all” the message said.