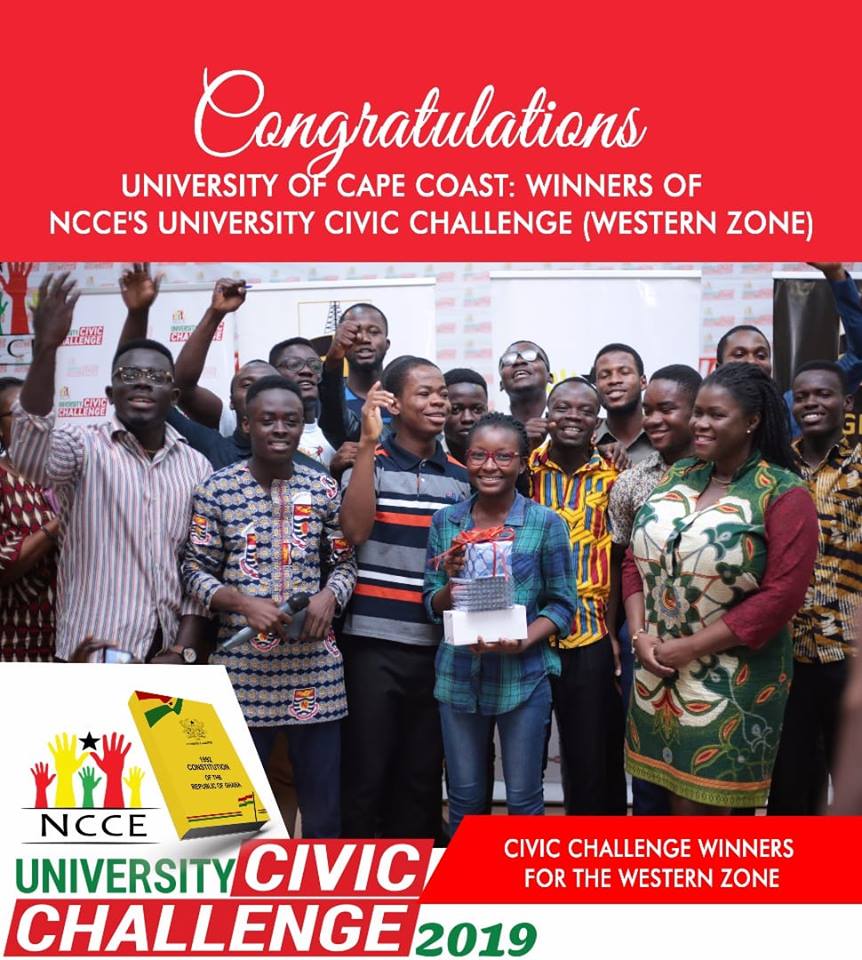 The competition, which was keenly contested saw UCC trampling over all the schools after three rounds. UCC carried the day with 235 points followed by TTU with 215 points. UMat came third with 162 points and UEW was fourth with only 55 points.

The win, gives UCC the opportunity to represent the Western zone in the super zonal with other schools who topped their zones.

The annualUniversity Civic Challenge Competition is organized by the National Commission of Civic Education (NCCE) with the help of Ghana National Petroleum Company and is aimed at motivating students at the tertiary level and inculcate into them the national values of the country.