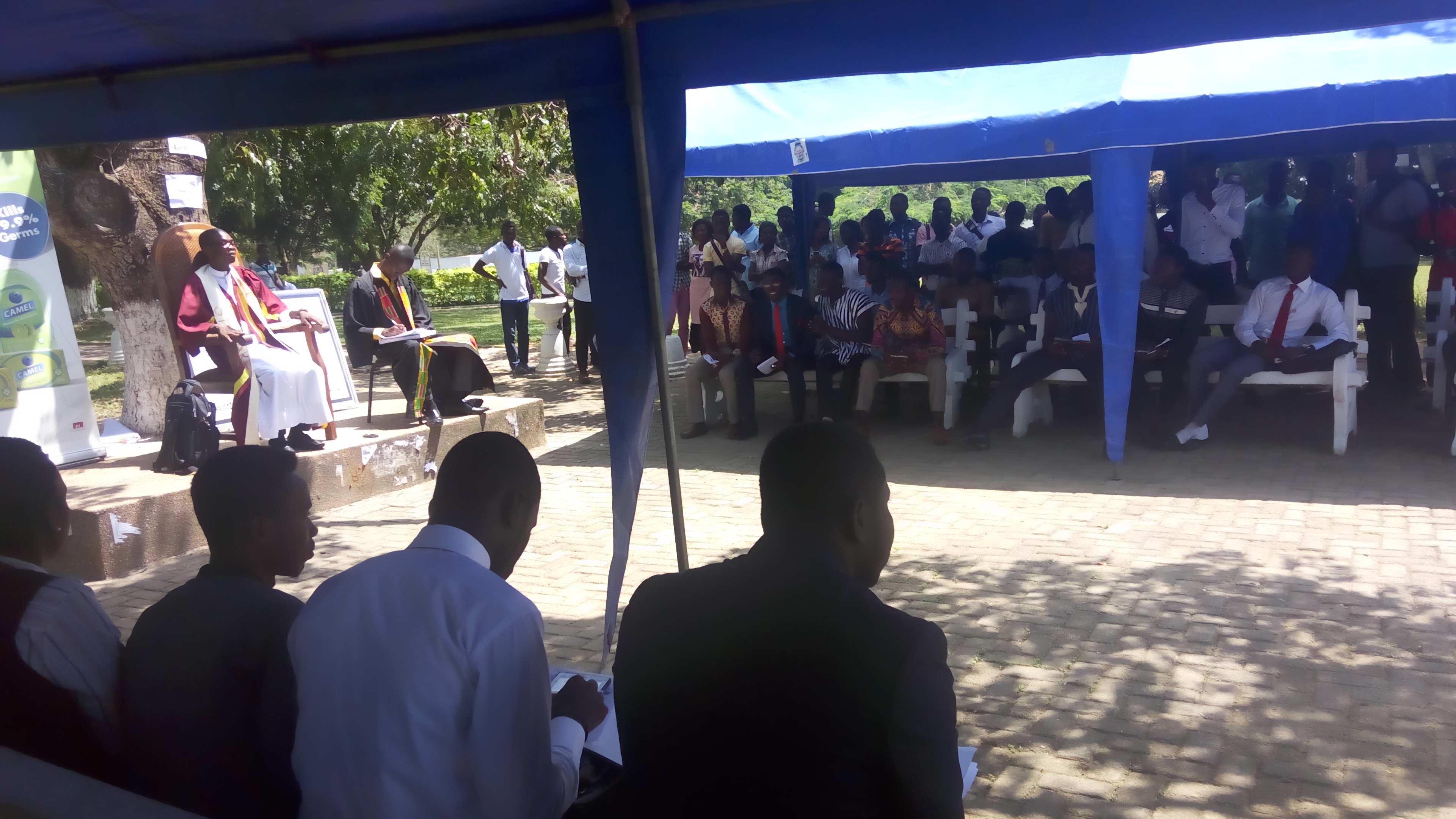 The University of Cape Coast Students House of Parliament (UCCHP) held its 2nd Sitting on Thursday, 6th October, 2016 at the university’s Parliament House.

During the proceedings, issues concerning students of the university were debated on including the increment of school fees and the 50th annual residential delegates congress of the National Union of Ghana Students (NUGS).

Five new members were inducted into the house by the Speaker of Parliament, Right Hon. Awotunde Awosika, who advised the new members to be good ambassadors of the house.

Some students from the University of Cape Coast School of Medical Sciences (UCCSMS) were present at sitting as part of their Health Week celebration to talk on the subsidiary motion, “That Reducing Sexually Transmitted Infections Is a Collective Responsibility.”

In addressing members of the house and the public, the students from the UCCSMS educated the general public and the house on how to prevent Sexually Transmitted Infections (STIs) including hepatitis B and HIV/AIDS. They also charged them to take it upon themselves to help reduce STIs for it is a collective responsibility.