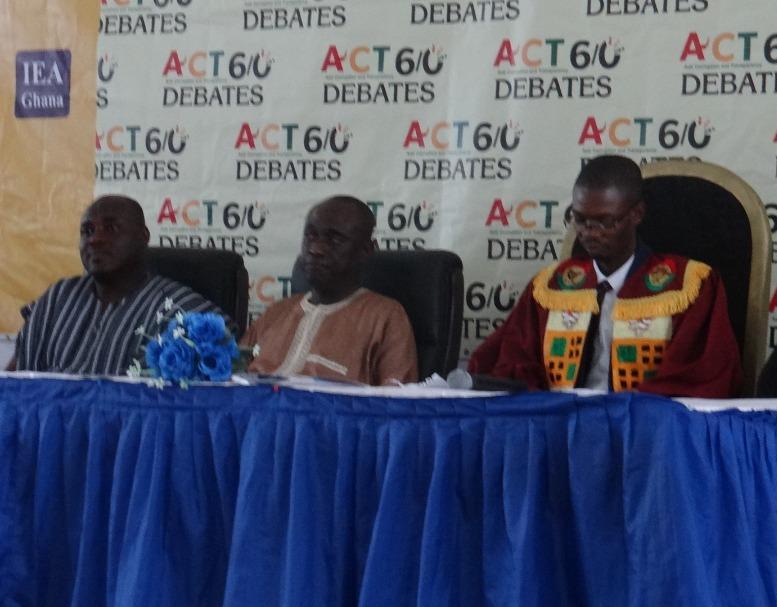 As part of activities marking the 2017 Anti-corruption week cerebration, the University of Cape Coast Students’ House of Parliament (UCCHP) in collaboration with the Ghana Integrity Initiative (GII), Institute of Economic Affairs (IEA) and the US Embassy has organized an anti-corruption debate.

The debate was held on the motion: “In The Fight Against Corruption, The Special Prosecutor’s Bill is Preferred To The Right to Information Bill”, was debated trolley by the Majority side which was for the motion and the Minority were against the motion.

Citing examples such as the Woyome issue, the Majority held the view that the right to Information Bill when passed would not really solve the problem of corruption in the country but  the office introduction of the Special Prosecutor may help curb the canker.

The Minority indicated that the office of the Special Prosecutor is just going to be another office like that of the Attorney General’s office which will only amount to the already suffering government offices. Thus the Right to Information Bill will best solve the problem of corruption in Ghana.

The programme which was the fourth and the last for the year was came off on the campus of UCC on Saturday, 9th December 2017 and was chaired by speaker of the UCCHP, Right Hon. Awotunde Awosika.

At the end of the debate the Majority emerged victorious with a score of Seventy-five percent (75%) against Seventy-two percent (72%) score pulled by the Minority.