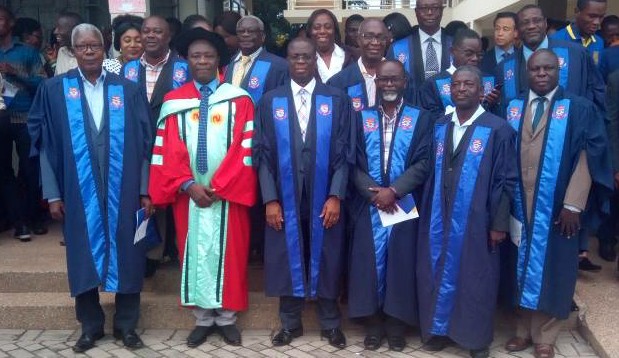 By Fredrick Daoyenikye on September 15, 2018

The Pro-Vice Chancellor of the University of Cape Coast (UCC), Professor George K.T Oduro has called on the various universities in Ghana to introduce “Leadership for National Character” as a liberal course to enable the universities produce students with true national character.

Prof T.K Oduro noted this during his inaugural lecture as a Professor of educational leadership, Institute for Educational Planning and Administration, UCC on the topic “Repositioning Universities for National Charater Development: Does Leadership and Mindset Education Matter?” on September 13, 2018.

He indicated that the systems become ineffective and polarized due to political based appointments, “Institutional leaders appointed on political lines tend to work in the interest of their political parties rather than the institutional or the nation,” he said.

Professor Oduro mentioned that, the rampant political polarization in the country affects the communal spirit of labour force leading to low productivity, “Respect for elderly is fast diminishing, people hide behind politics to misbehave at workplace, affecting productivity,” he indicated.

Professor Oduro further advice that citizens should change their mindsets regarding politics because politicians will come and go but the country Ghana will continue to exist.

The lecture was chaired by the Vice-Chancellor of UCC, Pro. Joseph Ampiah Ghartey and was attended by some seniors and junior members of the university, some state officials, chiefs and some diplomat from outside the country.