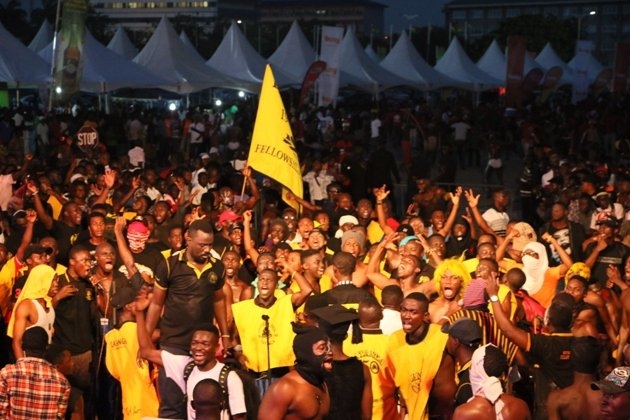 According to sources, the joint demonstration is to express their dissatisfaction with the conversion of the University and Unity Halls into mixed halls as well as to stand with the students of KNUST over recent cases of brutalities.

Management of KNUST in August this year announced the conversion of all traditional halls of residence into mixed halls; a decision members of the hall were not happy with. 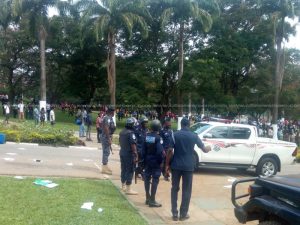 Since the official conversion of all traditional halls of residence into mixed ones by the school’s management, students, especially of the University Hall have suffered violence from the school’s security with the recent case happening on Friday.

Friday’s alleged brutality has resulted in one student battling for his life at the Tech Hospital in Kumasi.

Unfortunately, in all two reported cases of brutalities against the students, school management have appeared unconcerned.

Earlier today, students of KNUST, led by their Students Representative Council boycotted lectures and staged a demonstration exercise which saw hundreds of students march against the school’s management.

The demonstration exercise, which was supposed to be peaceful however turned violent as the students destroyed properties worth thousands of Ghana Cedis.

Meanwhile, personnel from the Ghana Police Service have been deployed to the school to restore calm.