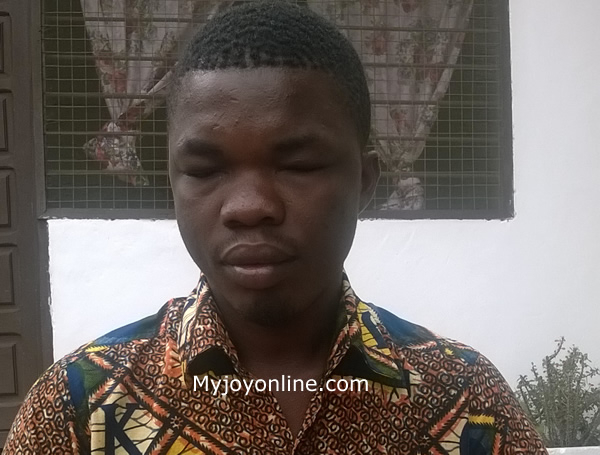 A visually impaired graduate of the University of Cape Coast (UCC) is accusing authorities of Wesley Grammar Senior High School in Accra of refusing to accept him as a National Service person due to his disability.

Joshua Addy was posted to the school where he was expected to begin his service in September as a Christian and Religious Studies (CRS) teacher.

But authorities at the school asked him to look elsewhere because they have no need for an extra teacher.

According to Joshua, a colleague from the university who was also posted to the school but does not have any physical impairment has been accepted.

“I met one of my mates and he told me he has been accepted. Signatures and all endorsements required for him to start his service have been concluded but he is not visually impaired”.

He told Joy News’ Kwetey Nartey he was told that the school was overstaffed so they could not accommodate him but he doubts that is the real reason.

Joshua says he believes the school authorities have an “ulterior motive for not accepting my posting”.

He told Kwetey he has called the Executive Director of the National Service Scheme, Dr Michael Whyte Kpessa to inform him about the development.

He said he will also petition the secretariat on what he describes as discrimination against him.

Assistant headmaster of Wesley Grammar SHS Charles Baidoo in a response to these claims explained that the school does not need Mr. Addy’s expertise as a Christian and Religious Studies (CRS) teacher.

He said the school has only one class for religious studies and already has a teacher, so an extra teacher will be unnecessary.

Mr Baidoo added that they had already made a request for physics teacher, lab technician, personnel for purchasing and supply in accordance with their needs. The school did not ask for any CRS teacher and does not need one.