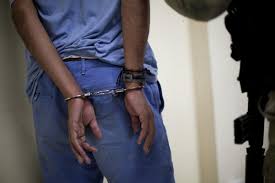 Students of the University of Cape Coast who impregnate underage girls will be arrested and prosecuted, the Department of Gender in the Central Region has warned.

The caution comes on the back of a survey by the National Service Personnel Association in the Central Region, which concluded that some male students of UCC were engaging young girls in the University community in “sex for money” activities.

The Regional Director of the Department of Gender in the Central Region, Thywill Eyram Kpeh, explained that actions taken by the department will help to reduce the rising cases of teenage pregnancies in the region, especially within the University community.

“We need parents, we need community leaders to be able to inform us, to tell us what is going on in their community to report such cases to DOVVSU.

I believe they will take steps to apprehend any man who does that.

“ The practice by some of these male students in the University has contributed to rise in teenage pregnancy and child prostitution in Cape Coast and its adjoining communities, where several children are also school dropouts due to extreme poverty.

In a house-to-house interaction with some youth by personnel of NASPA to ascertain why the children engage in prostitution and the measures to curb the act, some teenagers located in Apewosika and Amamoma blamed the male students of UCC for going round and sleeping with girls in the community in exchange for money, hence the rampant teenage pregnancy and prostitution in the area About 5,106 teenage pregnancies were recorded in the Central Region between July and December 2016.