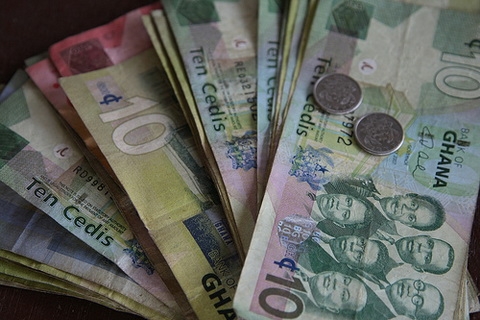 Can Anything Good Come from the State of our Economy?

Ghana after independence in 1957 inherited a very buoyant and vibrant economy from her colonial masters. This was characterized by establishment of many state own enterprises by Osagyefo Dr. Kwame Nkrumah to cater for every facet of the economy. The strength of our economy was strong to the extent that Ghana was advancing loans to other African countries. This among other factors earned the nation the accolade the “Black star of Africa”. Indeed the nation became a role model in Africa that other surrounding countries were aspiring to be.

However, 58 years after independence the economy of Ghana has been retrogressing faster than the speed of Usain Bolt. With two years left for the nation to retire from active service, (assuming the country is actively employed) the country is still battling with energy crisis (Dumsor) sanitation issues, common disease like malaria, housing issues, employment and access to potable water. These factors have contribute greatly to the fall of our economy after independence. The economy of this country has been plunged into abyss to the extent she has to apply for a bailout for the second time from International Monetary Fund in order to survive. This comes after few years that she has recovered from HIPIC

Looking at the present state of our economy, can anything good come of our economy? Most Ghanaians especially the youth have been asking this question over and over for several times considering how our economy is been managed. Perhaps, this not the first time a question of this nature is been asked. A quick retrospect into history will reveal that this same question was asked during the era of Jesus Christ. In John 1:46-47 where we are told that a similar question was ask by Nathaniel when Philip approach him that he has seen Christ. “Philip findeth Nathanael, and saith unto him, “We have found him, of whom Moses in the law, and the prophets, wrote, Jesus of Nazareth, the son of Joseph.” And Nathanael said unto him, “Can any good thing come from Nazareth?” Philip saith unto him, “Come and see” NKJV

In Nathaniel’s view Nazareth was so a mean place that it seems it was even despised by most people. Nazareth was such a miserable place that Nathaniel could hardly think of any sort of good thing that could come from there. However, the good news was that when he was informed to come and see it was the Messiah who hailed from the city that he so despised.

Though past and present government after Nkrumah are doing everything humanly possible to restore our economy on track, we are yet to see the results. In Nathaniel’s case it was the Messiah that came from Nazareth a city that was despised. In our instance who knows the good thing that will come from the state of our present economy. May be we are about to witness a good thing from our present state that will change our economy and the world.