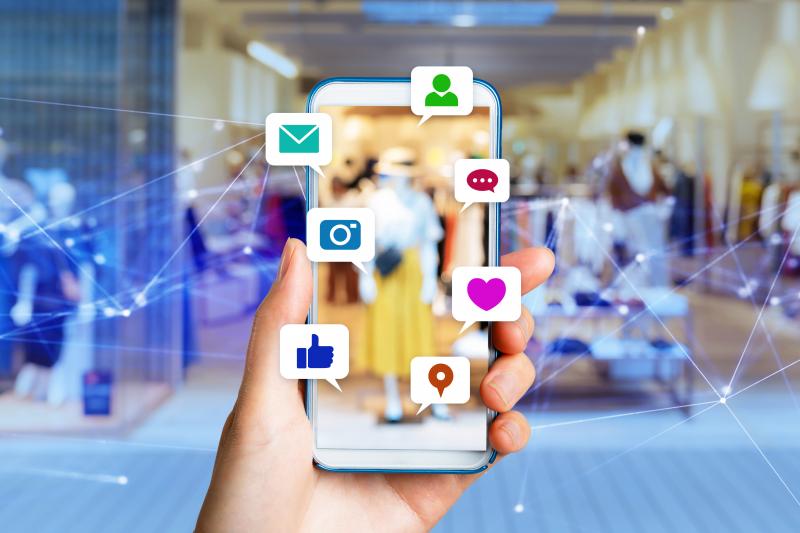 Social Media in our lives- A norm now?

Has it ever occurred to you to think that this generation has no future and that the future is what you are living now? Most often I feel delighted to be a part of this current twenty-first-century generation and at times I am saddened by the unfortunate evolution and transformation of the world in the name of technology.

It’s beautiful and amazing for mankind to adapt to changes and be creative in all instances yet we end up being consumed by our own creation thus if we become ignorant, careless, and indisciplined.

Social Media is one of the outcomes of technology and human knowledge that is created to bring changes in our way of life, whether positive or negative we are yet to discover in this article. However, join me as we dig deep into What SOCIAL MEDIA IS ALL ABOUT and its effects on students’ academics.

Social Media according to techtarget.com is a collective term for websites and applications that focuses on communication, community-based input, interactive content-sharing, and collaboration.

Also, investopia.com simply defines social media as a computer-based technology that facilitates the sharing of ideas, thoughts, and information through the building of virtual networks and communities.

So self-explanatory and looking at these definitions, we come to a realization that social media in its creative sense was developed for a positive and better means yet we all know, there’s nothing made by man that is utterly perfect, one way or the other, it will surely have its negative effect on us. And now, is causing more harm than good if I may say.

First of all, let’s talk about its positive aspects. Tell you what, we all are witnesses to the good of social media in our lives. It has made interaction and socialization easier and faster. We get the chance to know new people, different cultures, and is beautiful, we all have experienced these with social media. Some people find their life partners there.

Social Media has helped to learn and teach easier through the use of virtual teaching and group studies. Most students would wish they learn from home, but there’s nothing sharper than physical contact with the people you are speaking to. In all sense, it has really helped in academics, especially during the Corona Virus pandemic, it assisted a lot of schools to reach out to their students and teachers.

Now, According to Investopedia records, more than 4.5 billion people use social media as of October 2021 and it keeps counting day in day out. The largest social media network we are all acquainted with are Facebook, Instagram, Twitter, YouTube, and TikTok.

Also, according to the Pew Research Center (Investopia.com), social media users tend to be younger. Nearly 90% of the people between the ages of 18-29 used at least one form of social media. Further, these users tend to be better educated and relatively wealthy, earning over 75,000 dollars per year. And that is incredible.

Social Media serves as a means of employment and generating revenue. It all takes a matter of creativity, hard work, determination, and good content.

As it helps create jobs, social media helps businesses grow and achieve their aim or goals for an organization in terms of its media marketing, it makes it easier to reach out to customers, large audiences, and meet new ones by building a good relationship and proper content management.

Now, speaking of all its positive aspects we are being hanged up with so many negative effects which of course outnumber the positive ones.

We speak of social media providing exposure, helping academics, and the chance to meet new people, very good, but have we thought of it, that the people we meet, of how much influential are they going to be in our lives? What impact? Positive or negative? People especially the youths on social media unfortunately meet persons who introduce them to pornography, sex indiscipline, name it… and thus leads to indiscipline and blur future.

Even today, a kid of 5 years can find his/her way out on social media. And is an absurd and poor foundation for our ‘future leaders’.

However, while they are being given assignments to do, due to bad influence, will be introduced to unnecessary memes, videos, and images that will distract them from their studies. And it takes a disciplined student and well-nurtured individual to resist and control him/herself from such influence.

Also, as time goes on, and if care is not taken, they grow to addiction on social media and its poor influence. Whatever one spends much time on, will grow eventually become a norm and practice thus far, addiction leading to time waste, and poor performance in academics. Humans are attracted and memorable to what we see most and not what we hear.

We need individuals ready to make positive changes, grow both intensively and extensively for a better future that we can be proud to call our own someday. And not individuals who do not have goals yet waste time on social media doing the unnecessary, and growing into lazy souls. And it eventually leads to a chaotic society full of pain, hatred, robbery, distortion, bribery, and corruption.

Social Media in its sense was not created to break the youth but rather to develop and equip us in all the best and positive ways. We come to see that, that is where businesses and organizations find their feet, achieve their goals. But we all know, is an adage, we say, “efie biaa mensa wo mu” (In every home, there’s an evil one), and is true, hence, is best and right we develop positive individuals to outnumber the negative ones with the same weapon, SOCIAL MEDIA.

Another negative aspect of Social Media we encounter is the increased risk of depression, anxiety, loneliness, low self-esteem, self-harm, and even suicidal thoughts. Is so rare, and how do all these take place? People cause alarm and pressure on Social Media, posting their ‘fake lives.

Which in turn leads to a young boy or girl at home worried, desirous and lustful after the ‘fake properties’ these people lavish around with. An innocent and naive Akosua (For example) will watch slay Queen Afia(For example) posting her new hairstyle and makeup on Instagram while Akosua with her last penny on her for food will purchase a data bundle, not for anything better to use than to watch Slay Queen Afia’s status and starts to wish to be her. Akosua starts to demean herself, and if she is not getting the means to get what she wishes for, then begins to have deep thoughts of killing herself, stealing, prostituting, and many other means. Which is its natural sense can not build a better society and good future.

I happened to encounter a fraud scandal on my Instagram page, where I followed one of our ‘Minister of Parliaments’ and I DM the person thinking she was the one. So was talking about helping the youths with jobs, but before I could join, I would need to make payments for forms at 100gh. So while we were talking the person directed me to her assistance to assist me in pay. But on second thought, I realized I was being misled.

So I told the assistant that, I’m taking the money from my brother, but he is not complying, so I would like him to speak to my brother to convince him to pay. Then, later, he was like, “ No, we deal with serious people here, if you are not ready, don’t come and waste our time. This is an opportunity for you.” So I later asked my brother what he told the guy, and he said, he lied to him, he was a police officer, so he would like to meet them in their office to know more about the work. And the assistant couldn’t tell him.

So you see, this is also one of the social media effects that are currently ongoing, Cyberbullying, and fraud. Deceiving people to extort money from innocent persons who have toiled hard to get where they are today. Tarnishing person image, by using others phone numbers and social media handles to fraud people in their names. That is unfair and sad.

We talk about it, it’s no news. We experience it daily, it’s no news. We are being educated on this, yet we find ourselves being duped day in day out. There is a most important thing left out: Maintaining and growing a disciplinary life in the use of social media, especially our youths for a better future. Let’s utilize Social Media wisely.