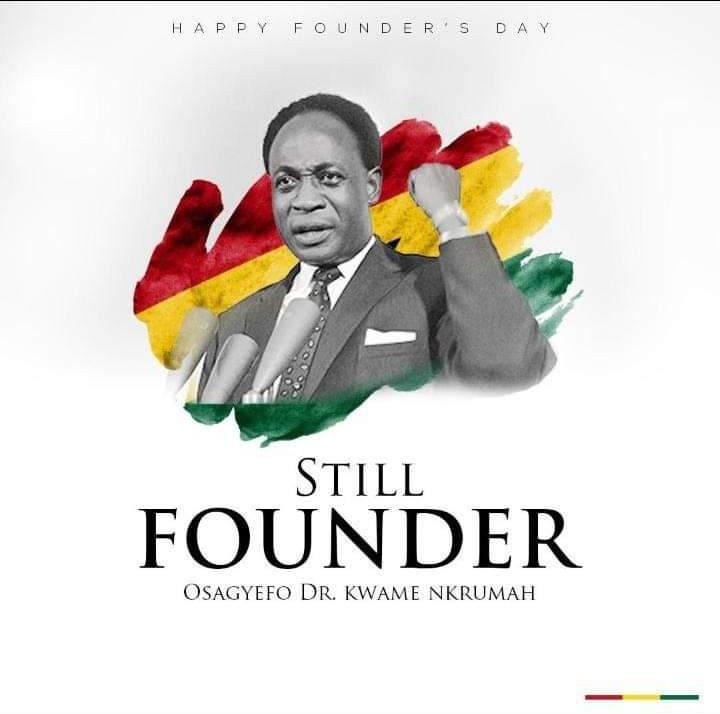 By Fredrick Daoyenikye on September 21, 2020

The fight towards the liberation of Ghana and the entire African continent was with sweat and blood. Today, for the rights and freedoms we enjoy as a country, as a people, and even as an entire African continent has been as a result of the works of a few people whose way of thinking was beyond what has been the traditional approach. Though the fight towards the struggle for an independent country could be credited to a number of individuals, its main success is largely attributed to the works of Osagyefo, Dr. Kwame Nkrumah.
Today, as we celebrate the life of a hero of Pan-Africanism, we must not lose sight of the fact that the success and failure in the attempts towards an African liberation were achieved based on approach, and not by policies. Lots were the policies that were targeted at the liberation of the African continent, but non-conservativism won the battle and not the mere problem identification.

The problem with Ghana and Africa is not the identification of problems, neither is it an issue of lack of resources to resolve the problems we identify. Rather, it is the approach to resolving the challenges we identify that becomes another challenge for us. The UGCC felt that it was necessary to attain self- rule, but their approach was for fair elitist representation rather than liberation. It was about attaining self-rule through the tortoise approach.

The aims of the UGCC reads “to ensure that persons elected to represent the people and their natural rulers on the legislative council be elected by reason of their competence and not otherwise.”, and “to ensure by all legitimate and constitutional means, that the direction and control of government should pass into the hands of the people and their chiefs in the shortest possible time”. However, Nkrumah was conscious of the fact that “the best way of learning to be an independent sovereign state is to be an independent sovereign state.”

So, to be an independent sovereign nation, Nkrumah had to break away from his erstwhile UGCC party on ideological grounds to establish his own party, the Conventions People’s Party (CPP). This time, with a uniquely different objective which was “to achieve immediate ‘self-government NOW’ for the chiefs and people of the Gold Coast”.

To realize this goal, Nkrumah actively used the media, The Accra Evening News, to propagate anti-colonial sentiments, encourage demonstrations against British rule, wrote petitions to the Queen in England about the reason why the Gold Coast needed self-government NOW! “At long last, the battle has ended, and thus Ghana your beloved country is free forever” was the results. Nkrumah’s failure to abide by the conservative systems set up by the UGCC only led to his success in following after a path of liberating Ghana and consequently other African states. Ghana’s independence is only as a result of a crushing of the system of conservativism in Ghana.

Again, Nkrumah demonstrated that going by the conservative approach to addressing continental challenges was tantamount to a fiasco for the new continent. His single most desirous goal was to establish a continental bloc that is united for good. Without trusting the counsel of western nations who were desirous of plundering the continent dry, Nkrumah asserted that “it is far easier for the proverbial camel to pass through the needle’s eye, hump and all, than for an erstwhile colonial administration to give sound and honest counsel of a political nature to its liberated territory.”

To Nkrumah, the answer to the continental problems was through the establishment of a United States of Africa. The conservative approach which was preferred by those African leaders was to own their sovereignty, be weak independent countries which could only depend on aids from Western countries. With what was felt to be impossible for a continent of varied geographic and cultural situation to be joined as one, Nkrumah showed the way with the establishment of the Ghana-Guinea-Mali Union which developed into what we have now as the African Union (AU). This was another result of non-conservative thinking. Africa must unite was the slogan.

In spite of the fact that Africa achieved a somewhat unity with the formation of the Organization of African Union (OAU), the entire goal was to use the idea of an African Unity to establish a United States of Africa and not just an organization of independent African states. According to Nkrumah, “This decade is the decade of African independence. Forward then to independence, to independence now. Tomorrow, the United States of Africa”.
While Africa continues to wallow in the tides of confusion and crises within their economic, social, and political landscape, the idea of a United States of Africa could have been the answer to these challenges, but for the conservativism and inside-the-box thinking that has characterized African leaders, Africa has a long way to go.

Africa is blessed with great natural resources -Cocoa, Gold, Cobalt, Bauxite, Timber, Magnesium, Diamond, among others- but Africans are poor and the nations cannot develop. The major reason has been that Africa had naïve, myopic enough, and inside-the-box-thinking leaders who allowed for imperialist colonial masters to plunder their natural resources through the rules of the colonialist’s market and with just a little “token aid” as a monetary value for the African state. The conservative approach which was preferred by those African leaders was to export their nations raw natural mineral resources to Western countries, while Africa got the crumbs of their own economic outcomes of their resources.

In breaking the conservative approach of Africa’s economic relations, Nkrumah strongly posited during the Accra Freedom Fighters meeting in Accra that “In the face of the serious threats to our economy and independence in Africa, we must begin to build immediately our own continental common market.” The purpose for this was to establish trade relations among Africans so that one African state could add value to their raw materials and trade among other African states towards the development of a United States of Africa. According to Nkrumah “It is in an African Economic Community in which we can all pull our production and our trade to a common advantage.”

Today, with the “Free movement of goods and persons” Africa can boast of a wider market for trade and economic prosperity. The results of another outside-the-box approach to resolving the challenges that confront Africa. Africa must unite!
Today, Ghana honours its fallen hero but Nkrumah never fell. He moved on despite his broken heart. The intense myopic thinking that has bedevilled Africa saw to the overthrow of a man whose goal was to liberate not only a country or a continent but more its people and their way of thinking. Despite the greater achievements he made, the power-drunken dishonourable military figures thought it wise to overthrow him so that they could be worse-off than what they accused Nkrumah of doing.

As we honour his memory and sacrifices for the country and the continent, may I remind us all that Nkrumah never died. His spirit is greatly felt and in the days of today’s youth, Nkrumah’s dreams and aspirations for Africa will be realized.
In today’s youth is ignited the spirit of non-conservativism and outside-the-box thinking to resolving the problems that confront Africa. In today’s youth shall arise a leader who will reclaim the lost hope of Africa, resolve the despair of its citizens, and take it to the promised land. Today’s youth must arise to be more productive.
Arise Ghana (African) youth for your country. The nation demands your devotion. Let us all unite to uphold her and make her great and strong. Freedom, Freedom, Freedom, may God bless us all.