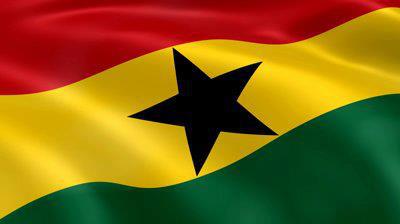 The year 2015 is running fast to an end. While many Ghanaians wish they had had the might to push the year faster to where it belonged and hope for a better 2016, the Mahama-led administration for obvious reasons had spared nothing in their quest to obtain extravagances. I am confident, that His Excellency the president has already prepared another hoax New Year resolution, to be delivered to Ghanaians on behalf of his government, on the eve of December 31st 2015. It is worthy of note, that since the president assumed office as the first gentleman of the state, his New Year messages to Ghanaians have brought nothing but immense bad luck, coupled with unbridled hardship. This write-up is therefore, a humble appeal to His Excellency the president, John Dramani Mahama, to use this very night of 31st December 2015, to render an unqualified apology to Ghanaians rather than resort to his usual public relation gimmick.

Much as I have tried to be reticent  about the president’s unguarded outbursts in recent times, one statement from the president, that keeps brushing through my mind is that ” Ghanaians have short term memory.” The more I endeavour to sweep this statement off my memory, the more it recurs. I therefore,  have come  to the conclusion, that indeed some things are “better out than in” and wish to state unequivocally, that aside the working memory, I also have long term memory and ever ready to point out the  numerous abysmal performances of the president’s leadership any time any day, to prove his hypothetical statement wrong! To recapitulate the previous speeches by former presidents of the state during yuletide would be an exercise in futility since that could amount to comparing apples with pineapples. However,  as a patriotic citizen, to pass moral judgment on president Mahama’s leadership style, as far as Ghana is concerned, would be nothing short of exercising my fundamental freedom.

Indeed, I was not surprised when the president in an attempt to escape the constant reprehension from the Vice Presidential candidate of the opposition New Patriotic Party, Dr. Mahamadu Bawumia, posited, that only former presidents of the state had the moral right to criticise him; knowing very well the  immeasurable hardship he had caused Ghanaians. What is more baffling is the fact, that despite the unquestionable expertise of the president in communication and public relations, Ghana  has witnessed the worst irreparable reputational damage both locally and internationally in his tenure of office.

Indeed, I still have not come to terms with the president’s distasteful statement earlier mentioned and for the avoidance of doubt I wish to set the poor record of the  Mahama- led administration straight:

This was one of the worst state incompetence in the 21st century that brought the country the gravest international shame. It was no wonder, that  Hollywood sought to make money out of “our ignorance” by producing a movie out of what I personally described as government’s “infantile intervention,” that saw the abysmal showing of the Black Stars at the World Cup in 2014.

This was another biggest cocaine scandal that involved a Ghanaian in 2014. My attention would  never be shifted from the  embarrassment this had caused the  nation internationally especially when people supposed to know better condone and connive with their cohorts to do the “unthinkable.” Yes! Ruby has been jailed by the British government but the dent of reputation continue to affect every Ghanaian, considering the bizarre circumstances under which the crime was committed.

How on earth could the   Mahama-led administration pride itself in this venture which sought to make mockery of Ghana  locally and internationally? If this was not another policy to “create, loot and share” at the expense of the tax payer, then only God knew!

Never in the history of Ghana had this canker eaten so deep into the fabric of government officials than we have seen in the Mahama-led administration. Transparency International, an anti-corruption agency could not put it any better when it broke the news, that Ghana was the second most corrupt country in Africa. The ordinary Ghanaian is being robbed in broad day light by the NDC government. The “rots” at SADA, STX Korea housing deal, ISOFOTON, GYEEDA, the judgment debts, and the recent rebranding of the state buses could not go without mention. When would this display of impunity stop Mr President?

Ghanaians have exercised enough patience over the on-going load shedding exercise that began in 2012. We have taken every excuse and reason adduced by the the Mahama-led administration in our stride and lived with them in religious fervour. With no realistic action plan, “dumsor” gravitates to “dumdum” and we have seen the effects on industries with its accompanying layoffs. Our life must return to normal if nothing could be done to improve it Mr President!

One would have thought that with the communication and public relation background of the president, Ghana would have no challenges when dealing with external relations, knowing very well the dynamics of conducting businesses globally but hey! What a wrong assumption it was? The  circumstances surrounding the  AMERI deal leave no doubt in my mind, that there was knowledge gap somewhere. What happened to the  capacity building programmes for which the tax payer’s money had been used to train these government appointees? At least every first year Communication Studies student and for that matter Public Relation knows that people from the Middle-East do not rush with businesses. Asians would like to build relationship with business partners for a period of time before they delve into any business contract.

So let us get it clear that the Mahama-led administration’s  attempt to throw dust into our eyes with the excuse that the deal had to be rushed due to emergency was another “cock and bull story”. I believe, that if it was not share ignorance or negligence of duty by someone in  government, then it was a cabal by government to drain the public coffers at the expense of the tax payer. The fact that we need light should never be the basis for which government would “rob Peter to pay Paul,” in their pursuit of the mantra, ‘Better Ghana Agenda.’  If truth must be told, the ordinary Ghanaian is “Bitter” than ever Mr President!

The least talk about the unprecedented strike actions, fuel and utility hikes the better.

However, I will not deny, that the Mahama-led administration has put in place a few infrastructures and social interventions but regrettably, the “rots” have outweighed the good and every discerning Ghanaian would attest to this undeniable fact.

The bottom line of my argument so far is that if as an individual, I cannot lose sight  of these facts, what about the educated elites, technocrats, colleague undergrads, the working class, the unemployed, and any other  conscious Ghanaian within and without the country? “Your guess is as good as mine.”

Must we wait to experience another four year of economic hardship and damage to Ghana’s hard earned reputation as result of effete leadership? I leave it to the judgment of the citizens of Ghana. Ghanaians have been taken for granted for far too long! The Mahama-led administration has failed not only Ghanaians but especially the post independent generation and we must collectively demand an unqualified apology from the president as he prepares to deliver his New Year message to the nation. The leadership paralysis of this Mahama-led administration no doubt, has put the future of the ambitious youth into jeopardy. But I take solace in the fact that the country is not a one party state. Ghana must indeed work again and we need a credible alternative party with a  visionary leader to salvage the situation in which we currently find ourselves . “God bless our homeland Ghana and make our nation great and strong.”

I WISH YOU A HAPPY NEW YEAR!