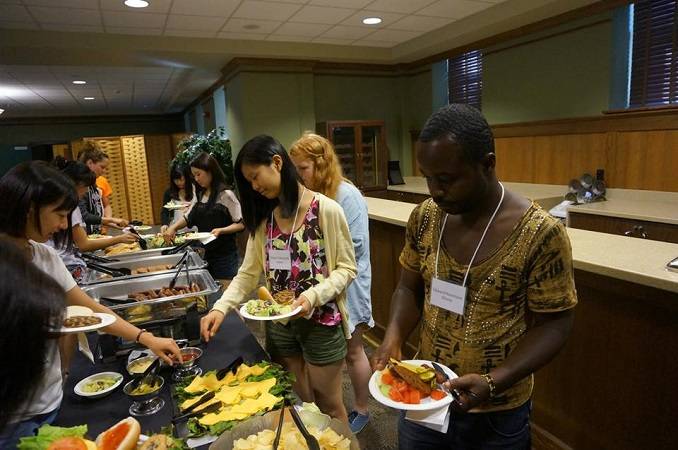 Do You Act or React?

I walked with my friend to the newsstand the other morning, and he bought a paper, thanking the newsy politely. The newsy didn’t even acknowledge it.

“A sullen fellow, isn’t he?” I commented.
“Oh, he’s that way every morning” shrugged my friend.
“Then why do you continue to be so polite to him? I asked.
“Why not?” inquired my friend. “Why should I let him decide how I am going to act?”

As I thought about this incident later, it occurred to me that the most important word was ACT. My friend ACTS toward people; most of us REACT toward them.

He has a sense of inner balance which is lacking in most of us; he knows who he is, what he stands for, and how he should behave. He refuses to return incivility for incivility, because then he would no longer be in command of his own conduct. Due to satanic teaching to return evil for evil, we often interpret the moral code to return good for evil as a moral injunction, which it is. But it is also a psychological prescription for our emotional health. Conquer evil with good. Nobody is unhappier than the perpetual reactor. His centre of emotional gravity is not rooted within himself, where it belongs, but in the world outside him. His spiritual temperature is always being raised or lowered by the social climate around him, and he is a creature at the mercy of these elements.

Praise gives him a feeling of euphoria, which is false, because it does not last and it does not come from self-approval. Criticism depresses him more than it should, because it confirms his own secretly shaking opinion of himself. Snubs hurt him, and the merest suspicion of unpopularity in any quarter rouses him to bitterness.

A serenity of spirit cannot be achieved until we become masters of our own actions and attitudes. To let others determine whether we shall be rude or gracious, elated or depressed, is to relinquish control over our own personalities, which are ultimately all we possess. When we put off making decisions or worry about needless things for long periods of time, we are actually forming dangerous habits. If we are to overcome procrastination and worry, we must put new information in our subconscious mind to change our thought patterns. To say it another way, our desire for gain must be greater than your fear of loss. To be sure, life is to be lived in forward gear, not in reverse or neutral.

The greater power we have is the power to choose and make the right decisions. Generally speaking, when you have no high goals to strive for, it usually means you have low or no motivation or reason to make important decisions. One philosophy of life that can make us ACTORS than REACTORS is “Do it now”. Immediate action is a great habit to develop once you have made the proper decisions.