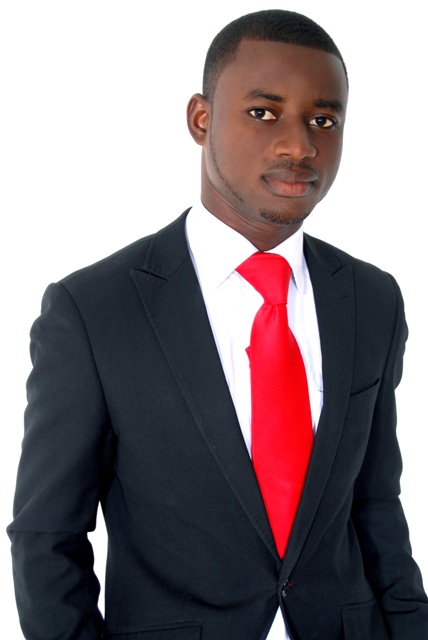 How Perseverance Sustains Your Ambition

No matter how talented you are, there cannot be great success without perseverance and courage. World war I flying bomber, Edward Rickenbacker said ‘I can give you a five word formula for success,’ think through then follow through’.” Many people think things through, but few follow through. If you desire to succeed, then understand these about perseverance.

One, perseverance means you are determined to succeed, not destined to succeed. The difference between great people and others isn’t lack of strength, not lack of knowledge but rather a lack of determination. You can find this determination in great people everywhere and in every age. Hannibal, the black Carthaginian general who fought the Romans in the second Punic war, asserted, ‘we will either find a way or make”. He went on to lead a campaign that took him over the Alps to defeat the Roman Empire.

Two, perseverance recognizes that life isn’t a long race, but a series of little daily victories. Three, perseverance gains you your life’s rewards. Walt Disney’s request for a loan was rejected by 301 banks before he finally got a ‘yes’. The loan he received enabled him build Disneyland, the first and most famous theme park in history. Many life’s failures are those who did not realize how close they were to success, when they gave up.

Besides, perseverance is an attitude of tenacity of purpose. All you need to win is to be persistent and consistent. Then you can win the trust of your fellow travelers.

Eight, failure is cause by the wrong belief that success is a destination. Complacency takes root when you feel good about your present success. It is ironic that past success can be the enemy to future success.

Nine make resiliency your way of life. Harvard professor of psychiatry, George Valiant, in his book, ‘Aging well’, identifies resiliency as a characteristic of successful people who live to old age. He writes: ‘resilience reflects individuals who resemble a twig with a fresh, green living core, when twisted out of shape, such a twig bends, but it does not break. Instead it springs back and continues growing’. This is good description of how you must be if you desire to conquer adversity and make the most of your talent. You cannot be a champion if you work on the days when you feel good.

Ten, lack of vision is an enemy of success. Everything created is actually twice. First, it is created mentally, and then it is created physically. The first vista of creation comes from vision. Champions always keep a larger vision in mind as they toil away at their profession. They see in their minds’ eyes what they want to be and they keep working at it.

Besides you need courage to persevere; you never leaving the familiar may mean that you are comfortable. But yours willingness to let go of the familiar means you are courageous. American historian, James Robinson, asserted, “Greatness is largely due to bravery, courage in escaping from old ideas, old standards and respectable ways of doing things.”

Our situations are not made by circumstances. We can define our circumstance by actions. You must be willing to give up all you have in order to become all you can be. Italian actress, Sophia Loren, once observed, “Getting ahead in a difficult profession requires avid faith in yourself. That is why people with mediocre talent, but with inner drive, go much farther than people with vastly superior talent”. The opposite of courage isn’t cowardice it is conformity. It is not enough to believe in something. A belief is something you are willing to die for. General Omar Bradley remarked, “Bravery is the capacity to perform properly even when scared half to death. “And the famed World War II commander, General George Patton said “courage is fear holding on a minute longer.” The difference between hero and coward is one step ahead.

When it comes to relationships, there are three ways of dealing with others. The low road, where we treat others worse than they treat us.

The middle road, where we treat other the same way they treat us. And the high road, where we treat others better than they treat us. The low road damages relationships and alienates others from us. The middle road may not drive people away, but it doesn’t attract them to us. However, the high road creates positive relationships with others and attracts people to us even in the midst of conflict.

Taking the high road requires two things- courage and forgives. Courage allows us to turn the other cheek and treat people well while they treat us badly. But you can only muster courage by relying on forgiveness. When we keep score of wrongs committed against us, we reveal a lack of maturity. You cannot succeed in isolation. Becoming your best requires the help of others. When you take the high road with others, you attract helpers to yourself and you put yourself in a position to help others as well.

To become a leader in the modern world, you have to be an innovator. That keeps your ahead of the crowd which makes you an easy target. Adversity will always be the partner of progress, so fight on in spite of opposition.