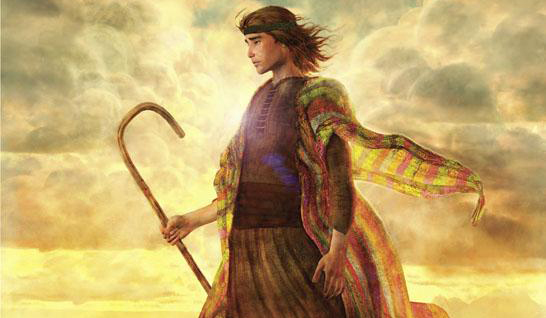 Joseph Davidson’,that’s the name someone called him. I am talking about Mary’s husband. You know Mary,mother of Jesus,right? Yeah,it’s that guy am talking about. I believe that this guy is a phenomenon. I cannot imagine how many guys would readily accept a pregnancy that did not belong to them. Even when it’s ours,we swear heaven and the Sahara that it couldn’t possibly be ours. I remember what a guy who had just been informed by his woman that his seeds had germinated in her,say in his defence. “Adwoa,do you remember that party we attended?”,the guy asked.

The lady nodded. He continued. “And when we went there,do you remember I did not dance that night with you?”

As confused as she was getting about this senseless questions,she grudgingly responded,”Ye, yeah, I think I remember”.

“That’s it! That’s it! You danced with the colleague of yours from high school. I’m sorry, but I don’t think this pregnancy is mine”.
The lady stood there as if struck by the news of the Gh31,000 cedis per bus branding saga as the guy walked briskly away. She wanted to call him back, to remind him of those shirtless, hot and steamy bouts of fornication they had done many times ago, even the day before,but the sorry excuse the guy was giving her now seemed so stupid she was totally flabbergasted!

Now where was I? Yes, Joseph. First, let me reiterate that we don’t give him much respect than we ought to but without him, Jesus would have been killed by King Makuma nny3 Herod. Imagine if Mary was the one told to escape to Egypt with baby Jesus. She would say it was a post-natal anxiety dream by all means.

Joseph went through a period of mental anguish. But even in that, he did not think about disgracing Mary. Remember he secretly wanted to divorce Mary even before he got to know that pregnancy was divine. He never thought about making a public mockery of the young woman. Some of us would jump at the first instance of a ‘supposed’ infidelity of our partners and swim their names through the smelly Odaw river, or gutter, I should say.

His family surely would have pressured him to flee the marriage. So it was two things,it’s either Mary was a ‘bad’ girl,or he Joseph did the ‘do’ before the marriage was formally officialised, or should I say, officially formalised. Whatever be the case, it hadn’t a blissful outlook. And don’t forget virginity was a virtue held in high esteem in those times. It is not like now that, people are shy to even be called virgins. Ewiase paaaaa!smh

And remember the Bible made it clear in the book of Matthew that Joseph had not sexual relations with Mary till after she had given birth to Jesus. If this isn’t patience,I don’t know what else is. The ‘thing’ is lying there like that,and you say ‘daabi’, no, non. I won’t do it. Joseph, you are the man!

Let’s fast forward to the manger scene,after he had struggled and struggled to find a hotel for them to sleep in,he had to come and tell Mary his failure to find a room. Wow…how many of us can admit our failures and shortfalls and fears to our women? ‘Be a man!’…..Nonsense! Find a good woman and you don’t have to bring down the stars to show that you love her. Society has created so much expectation and heavy burden on men. ‘Don’t show emotion’,’Don’t cry’,’Even if you are wrong,don’t admit that before your woman’. Let me just whisper this. A good woman knows all your flaws and would hold you up when you fall. She would use all her might to hold up your chin. She would let you feel that you need not be perfect for her cos she accepts you are doing your very best.

“Mary, am sorry, all the hotels are full. I have gone everywhere. My family house is full too. And you know,in your condition, I think we need some privacy. I don’t know but I only could manage a pen. It’s not that bad a place, I could sweep there and make that place very comfortable for you, please….”, Joseph tried to explain. But Mary with a smile butted in,” Aww Joseph,what would I do without you? Take me anywhere with you. Once you are there with me, I would be the happiest woman.”

It would be needless to say Joseph felt some cool blood rush from his heart to his brain. He felt encouraged and loved and appreciated! Honestly, that’s all that men want. Not your scary mascara,pencils or lipolipo. He doesn’t feel like a man when he has sex many times a day. If you like,just fake it and tell him he  doesn’t sexually make you happy. He would be as deflated as an overblown balloon. Our masculinity is embedded in things way different from the bedroom.

And I would end here. ‘Cos it’s past midnight and I have been typing for exactly twenty-five minutes on my cracked phone screen. God bless you and a happy new year.