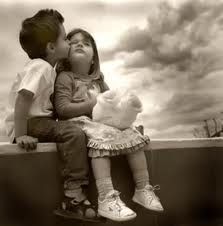 By Abdul-Karim Mohammed Awaf on September 5, 2018

It was a jostling moment when the bellboy rang the bell for a “break over”. I hurriedly made it straight to my class. I was new in the school and had no friend yet. But sitting on my desk was one skimpy-looking little fair girl whom I would later know to be called Alice.

Hey Karim, how are you? With a puzzled face, I reluctantly said, “I’m fine.” She quickly got up from my desk and beckoned me to sit. She flashed a smile and said, “Karim, I want you to be my friend.” I jerked backward as if I was giving a thought to her request and with an inaudible sigh said, okay. For the first time, my eyes met hers and I noticed how beautiful she was but that never amused me. We started talking.

Then from nowhere, “keep quiet! keep quiet” bellowed a gangling cane-wielding figure in front of the class. “That must be the head-teacher”, I said to myself. But I was wrong. That was Mr. Osei, the class four teacher. “Class Captain, bring me the names of the talkatives,” he roared like a wounded lion.

Apparently some Circuit Supervisors had come to our school to assess performances of the teachers, and to have just one class turning the whole school into a Somanya market with deafening noise, was obviously a very negative dent on our class teacher.

“Sir, he didn’t come to school today,” shouted one weary-looking boy at the far back corner of the class. “Ooo, so that has given you the field day to make noise right? Everybody, lie on your table!” he commanded.

Whip! Whip! Whip! Within a split of a second, he gave everyone two strokes of cane on the back. The class suddenly turned dead silent. “Okay, because of what your Class Captain has done, I am going to appoint a new Class Captain for the class. Who can nominate someone for me?” he said to the class.

Nobody appeared interested. We all seemed to be brooding over the lashes we had just received. But out of nowhere, Alice hand was in the air and said “Sir, I nominate Karim.” My heart leapt! “How could this girl do this to me?” I silently wondered. “Who is Karim?” our teacher queried. “He is new student; the one sitting on the first row on your right Sir’ Alice said.

Mr. Osei turned his eyes towards my direction. Pointing his cane towards me, “Yes, you seems new in this class, can you tell us about yourself?” he said.
“My name is Abdul-Karim Mohammed Awaf, my parents recently relocated to this place bla, bla, bla…” I rattled like the proverbial speaking parrot.

“Gentleman, from today onwards, you are the Class Prefect and you are supposed to furnish me with names of talkertives any time that I come to class. You’re also supposed manage this cupboard,” he pointed to the front left corner of the class which sat a brown worn-out cupboard which obviously was where the class kept all its learning materials. I reluctantly said, “yes Sir!” but somewhat disappointed that my class teacher did not give me an opportunity to either accept or reject his offer.

When the bell went – “krai! Krai! Krai!, closing time pleaseeee!,” I became pretty excited; picked my bag and left the class. “Wait for me Karim! Wait for me Karim!, I heard a voice calling me but I was not in the right frame of mind for any pleasantries. So I left. I kept increasing my pace without bothering to look back who it was. But I did not need a soothsayer to tell me it was Alice.

As I was heading home, I kept tossing my mind about how I could punish this girl for putting me in trouble. Now that I have been made the Class Prefect, it meant I could never absent myself from school without any concrete reason.

The next day at school, Alice made it straight to my desk as soon as she entered the class. “Yesterday, I was calling you to wait for me so that we go home together but you didn’t mind me,” she said. Even though I was fuming with anger because of the incident the previous day, I managed to keep my composure. “I’m sorry, yesterday, I was rushing to go and pick my kid sister at the kindergarten. She said okay with a smile and handed me something that was wrapped in a black polythene bag. “This is ice-cream for you” she said. She opened my school bag and dropped it in. I feigned excitement and said, “thanks!”

At that same period, I was reading a storybook. She quickly picked it up and said “Can I take it to my desk and read it too? I promise to bring it back during the ‘second break’”. I was not in the mood to engage her in an extensive conversation, so I nodded in approval. She picked the book and run to her desk.

At that point, I was still boiling with anger. “How could she have the gut to collect my book? I won’t allow this girl to sit on my happiness,” I thundered silently within. There was something eerie about her. Even though, I could not immediately figure it out, I was convinced I was not prepared to take her as a friend.

The noise level in the class was beginning to reach a crescendo and I thought it quickly that I must do something. I bellowed,” keep quiet! Keep quiet! I’m writing the names of talkertives.” I took my pen and paper and started writing the few names I knew. Obviously, I had to rely on the person that I shared the double desk with to know the rest of the names and even the spelling of those who were making noise.

Just when I had written a handful of names, Mr. Osei bumped into the class and the class immediately went dead silent again. He said, “Karim, bring me the names of those who were making noise.” I quickly gave the sheet to him, and before I could say jack, these casualties were grinning and bearing it. Each of them received three strong lashes. It was getting to December and the weather was so cold, so I visualised their pain in their winced facial expressions. Even though I pitied them, I was full of satisfaction that I was executing my new role with the effectiveness it deserves as a Class Prefect.

Truth to her words, Alice brought back my book with a firm instruction that I should not open the book until I got home. I became curious. “What has she hidden inside my book?” I thought to myself. But I mastered patience to wait.

As soon as the last bell rang for closing time– without wasting time – I hurriedly picked my school bag and made it straight to the house. When i was almost home, something jolted my nerves like someone who had just been bitten by a venomous viper. “What did Alice hide in my bag?” I asked myself silently. I quickly opened my bag; removed the book and tried to flip it open. Then “flop!” Something fell from the book onto my feet. There it was – a white A4 sheet paper nicely folded in a rectangular shape. I picked it up and opened it without wasting time.

The opening statement was jaw-breaking; “The brightness of the sun has afforded me the opportunity to write to you. You are a very handsome boy (The toxic feelings I had for Alice clouded even the compliment). At the ending paragraph of the letter, it read, “I really like you and wants you to be my boyfriend.”

I fumed with furry as I read over the letter! I charged to go back to the school and beat the hell out of this girl but upon a second thought, I said to myself, “I will deal with her tomorrow!” Another counter thought crept into mind, “I’m just a week old in this school, I can’t afford to beat her; else I risk being sacked.”

What should I do to this devilish girl? As my mind kept flip-flopping whether to beat her or not, a different thought popped up which I thought was a bright idea.

Bingo! Since I was the Class Prefect, I was certainly elevated as the undisputed king in the class. I will make sure I write her name on my talkertives list every day for her to be punished. “I will even put DP (Double Punishment) in front of her name. For me, that was brilliant revenge for all the trouble that this girl was plotting against me. And for some weeks, it worked! Alice’s name was first on every list of talkertives in the class.

At a point, Alice confronted me and questioned why I always wrote her name even though she had always made a conscious effort not to even whisper in class.

But not even her audacity to confront me openly deterred me from making sure she was always punished. In fact, that rather emboldened me. After that confrontation, i even took a harsher stand; I wrote her name from the house even before I got to school. Every evening before I retired to bed, I would write Alice’s name on a fresh page in the book which I dedicated for writing names of talkertives. Most of the times, I would even add DP against her name even before the following day.

One Monday morning I got to class early. Suddenly, the noise level in the class started building up. “I shouted, “keep quiet! keep quiet!” in an effort to stop them from making noise but to no avail. I then decided to pen down those who were making the noise.

As fate will have, Mr. Osei rushed into the class. He immediately requested for the names of those making the noise. I handed the names to him and he started mentioning them. He mentioned Alice’s name and the entire class shouted in chorus, “absent!” My teacher then turned to me and said “how come someone who did not come to school today finds her name on this list?”

That was probably the last straw that broke the camel’s back. I was embarrassed beyond repair and I carry that guilt even till today.

As to why a class four pupil would be so resentful and wicked towards a girl whose only crime was to love him, it’s still a puzzle I’m yet to unravel.

Today, Alice –arguably one of the most beautiful girls I was ever privileged to be in class with – is happily married to an Engineer and is a proud mother of two handsome boys, and here I am, still “gnashing”.

More from OpinionMore posts in Opinion »