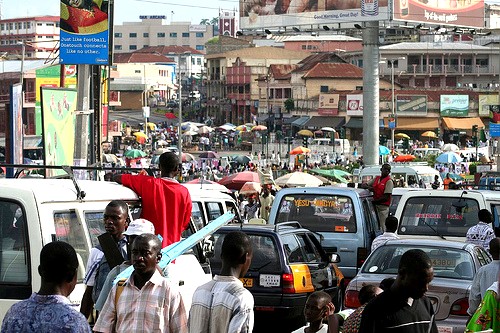 In Ghana, the introduction of new policies and interventions almost always comes with a lot of public criticism and partial scrutiny alongside the political bantering. Mention can be made of the introduction of the Talk Tax, the Toll Booth Levy, the National Service Agric module among others. Maybe, we borrowed this conservative attitude from our colonial masters, the British. We are not ready for change until the change itself has taken effect.

We woke up one morning to the news of an introduction of a Traffic direction module by the National Service Scheme (NSS) and once again this seemingly good and harmless initiative was greeted with scorn and unpreparedness. The debate continued until the political actors interfered for fear of a political ramification and sacked the NSS boss.

Had we taken sometime to be humble as our Ghanaian backgrounds teach us and not be elite in our approaches to our problems as a nation, we might have seen the sense in the traffic module.

Some have said, why should our graduates finish school only to come and stand under the sun to direct traffic after spending huge sums of money on their tertiary education. To me, this is a trait of eliteness. Just for the sake of a first degree or HND we have acquired, we feel big enough to become a traffic warden for a year?

This is the attitude that has deepened the unemployment situation in the country. Our graduates will not do any job aside being in an air conditioned office with a suit and tie. As a people, we have forced our graduates into thinking they are super beings just for the sake of their tertiary education.

As a National Service Person, we are obliged to serve our motherland in any capacity the country deems fit and if the nation thinks being a traffic warden to control our streets and reduce the carnages on the roads is what is appropriate, why the hue and cry.

The traffic module will give service personnel at least two opportunities; to be patriotic and humble and use the rich experience acquired in the classroom to reduce the accidents on our roads. Let’s remember a similar traffic module in Egypt under their national service scheme involves graduates. In developed countries, people with more degrees do similar jobs.

A graduate is not over qualified for a job as a traffic warden. In fact even in Ghana, those who direct the traffic are policemen with years of experience who happen to be our fathers and mothers. Are we saying by virtue of our certificates, we are more wiser and better than our parents to be on the road? And it is not like this job is so disgraceful because these same graduates when recruited as policemen will willingly direct traffic on our roads.

Interestingly, as a national service person, there are no pay disparities between being a traffic warden, a teacher or an office assistant in our public institutions. Should we allow our graduates to direct traffic, the nation will be teaching these graduates to be patriotic and appreciate any lawful job so far as it benefits the nation.

Again, there is the question of the service persons being inexperienced. When this came up, the NSS boss by then appropriately responded by saying the persons posted to direct traffic will be duely trained as traffic wardens. This is an opportunity for these graduates to learn the job of a traffic warden and carry it into the future when they have their own cars on the roads.

Whiles people express all these reservations about this traffic module, our roads are in dire need of traffic wardens and due to the unavailability of traffic lights on some of our roads, accident cases are increasing. The MTTU is also under staffed to assign people to these roads. So the question becomes, what do we do in this circumstance? If desperate situations call for desperate measures, I see no wrong in allowing our fresh graduates to help the country in these desperate times by serving as traffic wardens on our roads.