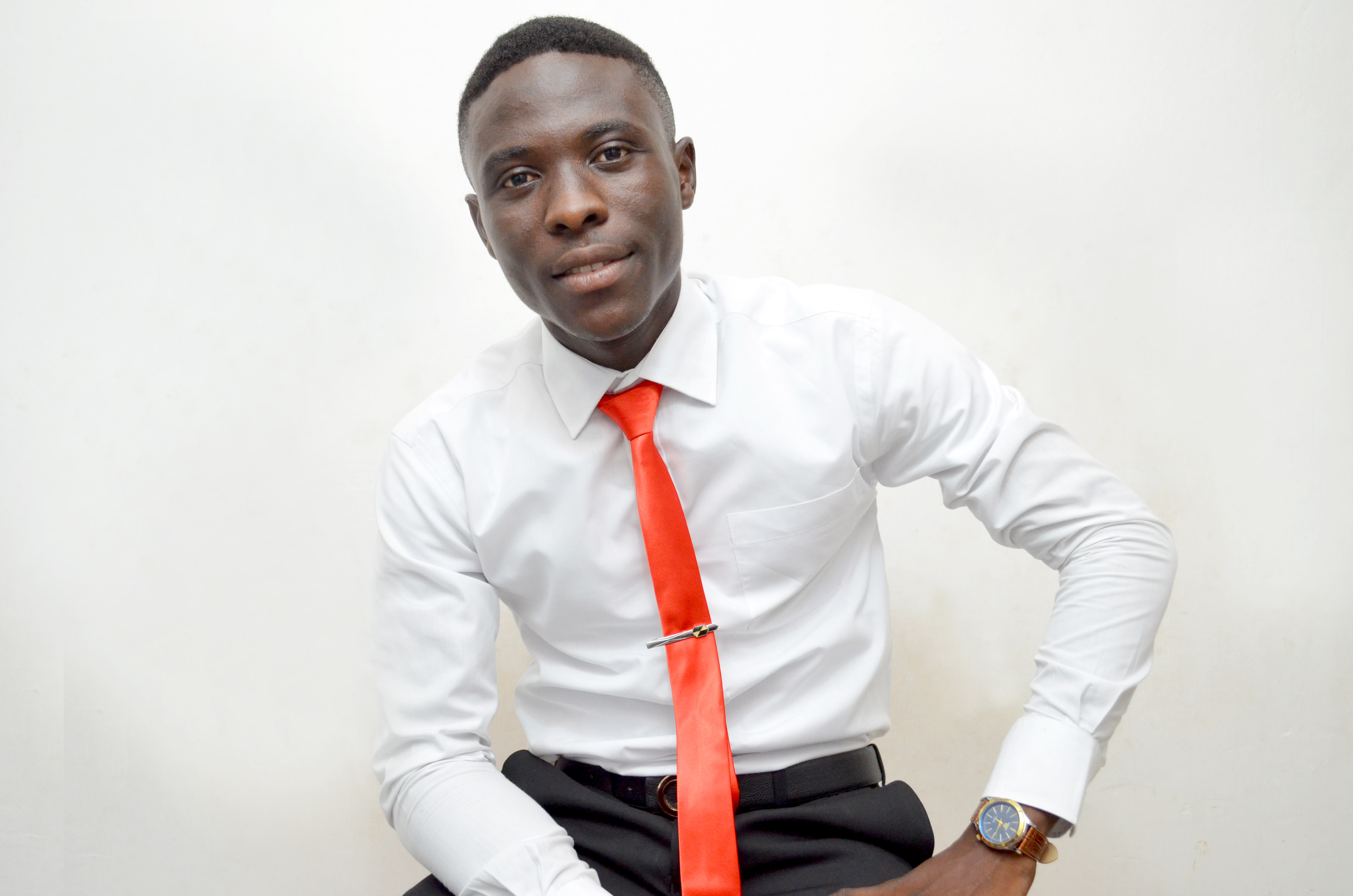 The Fears of Nkrumah and Africa Today

By Fredrick Daoyenikye on September 21, 2018

This vision statement was not a mere conjecture of beautiful wordings to motivate Africans, but rather a vision that came with a strategy for its achievement. The strategy for its achievement is the result of the establishment of the Organization of the African Union (OAU), now African Union (AU), which sought to bring Africans together, The United States of Africa, for the common and greater good of all the people.

During the time of Nkrumah, he had a number of fears which he hoped never occurred even after his stay on earth. This fear was not his fear of death, but rather the death of his vision for Africa’s Unity and socio-economic development. Amongst this vision was also to “…create our own African Personality and identity” and combat “Imperialism and its handmaidens: colonialism and neocolonialism” while also obtaining political and economic freedom of all Africans.

In assessing Africa today, can we say that this vision has been achieved? NO! This is because Africa has abandoned the ideological values of Nkrumah which sought for the greater good of all African States and their citizens. Today, there is the “successful achievement” of the direct-opposite of Nkrumah’s vision for Africa.

Much evidence will not be necessary to prove the claim that Africa has achieved the opposite of Nkrumah’s vision, because the evidences are too obvious to all the human senses. In the disappointment of these African leaders who have failed to materialize this plausible vision of Nkrumah, there is rather the materialization of a very prevalent disease in Africa, Corruption.

Corruption has become the new ideological value cherished by almost all African States today. It is for this reason that most poets write about this deadly disease characterized in our African governmental structure. Amongst these poems includes “Ambassadors of Poverty” by Philip O. C Umeh of Nigeria, “Myopia” by Syl Cheney Coker, amongst other poems with the same subject matter of corruption.

It is even more sympathetic when those electorate who bemoan the injustice and unfairness that corruption breeds, also expects to be corrupted before they vote for this incompetent and corrupt state officials. The result of this corrupt mentality is unemployment, poverty stricken societies, diseases and death, hunger, deprivations, homelessness, poor health facilities and lack of quality education, low income and strike actions.

The most amazing thing is that governments or leaders who express genuine concerns of reducing corruption abruptly, rather mud bath themselves with the same disease they claim to have cured for. It is not surprising that the same person who had a better vision for Africa is also accused of corruption. Corruption in Africa is a genotype and not a structural dysfunction.

The thirst for power in Africa has become so Dearing than the thirst for water and peace. During elections, politicians promise the electorate of bridging the gap between the earth and heavens or creating a mini heaven for the electorates, but indeed, they create a hell. The issue is that these politicians during electioneering seasons do not see human beings, they see votes.

If our politicians saw human beings, they wouldn’t have had issues with accepting election results. Evidence from Congo, Rwanda, Burundi, Sudan, Togo, Burkina Faso, Sierra Leone and other states are enough to prove how politicians do not regard their electorates and country. “Power first, other things next” is the motto adopted by almost all politicians across Africa.

Africa has developed a more capitalized state as against a democratically socialistic state. Respective African governments have very little control of their capital market and God-given natural and human resources. The prices of most African natural resources such as gold, diamond, timber, crude oil and the others are dictated by Western countries. Africa has no control over its own resources.

The worsen state of this problem is that the hard working labor force of Africa are getting lost to the Western world through illegal immigration route, in search of greener pastures and dying in the course. “Men who are fit for the farms” but yielding to willful slavery.

Western powers have instituted mechanism which regulates the activities of African governments, leading to the initiation of a democratic indirect rule of government in Africa. Our African leaders have been rendered as political stooges, and yet, despite the abundant education of our leaders, they cannot detect this.

This is what Nkrumah referred to as the “new colonialism” which has come in its new form; this is the colonization of the mind. Should I be amazed by the fact that almost all African students wish to one day receive a Western education? I join Professor PLO Lumumba when he says “…our political class introduces something that they call free education, but it’s free indeed, free of knowledge”. We do not love our system of education. The initiators of this free education find the need to give their children paid-for education outside of the bothers of Africa. What point are our politicians trying to prove to us?

Africa is sitting on a time bomb which will soon to explode. The vision of Nkrumah, which was to “…create our own African Personality and identity”, has long been casted away by the introduction of Mexican movie series and other telenovela’s by most media houses in Africa. Today, the rich African culture which was postulated through its rich African literature has now been replaced with foreign movies.

The dire results of this move are again so obvious. There are more acts of degeneration of today’s youth ever than before. There is more nudity on the media spaces than in our bathrooms, there are more sex videos on social media than on our beds, there are much admiration for teen and premarital sex than marital sex, and there are more divorces than marriages, because these are what we learn from alien cultures.

Now, let us get back to our own African Union, the birth of the African Union in 1963 was purported to serve specific functions for Africa’s total liberation. “The OAU’s main objectives were to: promote the unity and solidarity of African states; Coordinate and intensify their cooperation and efforts to achieve a better life for the people of Africa, safeguard the sovereignty and territorial integrity of Member States, rid the continent of colonization and apartheid, promote international cooperation within the United Nations Framework, and harmonize members’ political, diplomatic, economic, educational, cultural, health, welfare, scientific, technical and defense policies. The OAU operated on the basis of its Charter and the 1991 Treaty Establishing the African Economic Community (known as the Abuja Treaty).”(African Union Handbook, 2017 p 10.).

The African Union also have it as their vision for “An integrated, prosperous and peaceful Africa, driven by its own citizens and representing a dynamic force in the global arena”. These are very nice constructions and are achievable, but the irony of the situation is that the African Union failed in the first place to even construct their own Headquarters building in Addis Ababa to serve their own purpose, but was constructed for the AU as a gift from China at a cost $200 million, with the same Chinese management and over 70 percent workforce. Psalm 119: 136 “streams of tears flow from my eyes, for the ‘African Union don’t obey their own principles’ ” if with this objective and aspirations of the AU, African State Leaders couldn’t come together to get for themselves a home, what should we as citizens also expect from them?

The youth today must rise and live the true aspirations of Pan-Africanism. We must embody the thought that if we don’t arise and build the ruins of colonization and its effects on our psychological makeup, the hope of Africa will therefore be lost. We must no longer trust our politicians with our lives but move to accomplish greater things by our own means without dependent on our respective governments.

The African youth must bear in mind that it was through great struggle that African Nations got liberated therefore for individual liberations we must work harder. It is high time we played the role of active citizens of our respective African states, and not as mere onlookers. Arise African youth for your country, the continent demands your devotion. The test on you now is to uphold her and make her greater and stronger.

African governments and politicians must review and restructure their decisions and policies on education and vocational training, healthcare, trade and production, roads and infrastructure and the careful mobilization of the natural and human resources of their respective states.