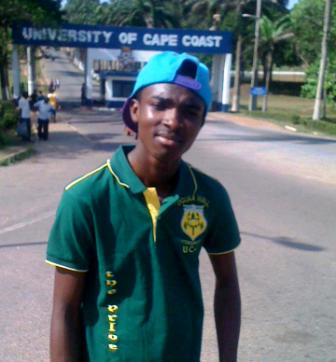 Truly, the slogan for the SRC FUN NYTE was and is very appropriate but realistically, it has being used out of context. Of course, UCC is the students, without whom the school is a band of lecturers with the government’s pocket. So to say UCC ABRƸƸƸ is to say that the students are tired and overly so. What is lacking is to do with what it is that we are tired off!

We very much are tired of the administration but when all is said and done, we really have nothing to do to change its mechanisms. It is and will always be a tower over us and like it or not, they have the imperium to be to us what they have always being to us in our impecunious life as most stand now. That aside, I believe that I represent the greater part of the student majority when I rightfully say that UCC is tired of the political gibberish that surrounds us all.

Very soon, we will be swarmed by “people who have our best interests at heart”. Exceptionally so that we are consequently forced to place our thumbs in them and hope that they will be what we have believed them to be. But to what end? This is a multimillion question that will continue to plague us and evade resolution. Why is that? Simply put, as intellectuals, we are failing incredibly to use our intellect. We have seen the times of so many “leaders” who professing their lip services, wormed their way into our hearts, captured our senses and raped our hopes, beliefs and aspirations in the most hypocritical ways.

It’s already been almost five months into the semester and well not so surprisingly, the much anticipated “The Voice Era” has failed to climax. He is so rarely seen on campus as in comparison to when he sought our votes. This has become a norm that no more raises eyebrows because we have all decided in one way or another to stick to the immortal line; IT IS NORMAL! Upon what basis do we term it that? Again, who made it so? Your answers will fall not so far from mine. Last I heard about why this administration like so many others is failing so miserably to live up to all their promises; “They came to meet such a huge debt that the money they intended for their projects has to go into defraying the outstanding debts”. Sounds familiar? Very much so! It is displayed on a much more grandiose stage that those we have here are nurturing themselves to blaze their trails on. With this, do we expect any differently from them and those who are already there? I should state that anybody with an answer aside a vehement NO should have their mental faculties checked and/or get used to the fact that the normalcy of such has addled their brains [no disrespect intended].

Come to think of it, was the SRC FUN NYTE not sponsored? If it was as I am sure it would not lack, why did the student populace pay to be involved in something that is drawing from the pregnant coffers of our beloved Students Representative Council? Our dues remain to fill the pregnant coffers and that is on condition that it has not been raped terribly. Well, it is said and forever will be said; Posterity will judge us all.

What was so unique about Pacesetters administration? Nothing but what I personally felt to be a waste of the Council’s resources; the celebration of an SRC week that effectively blew a gargantuan amount of money he and his bunch of executives should thoroughly have enjoyed. Why so? Majority of the student populace was excluded nicely from the program. “Kelewele Procession” among others and who would forget the “Khebab” that sent so many people to the hospital. It was reserved for a select few and trust me, the breeze of the celebration failed to blow past a lot of people. You enjoyed if you were in the good graces of people in high office.

I did not meet Mununkum’s era but I paid for a magazine of his tenure in office, a whopping GH₵50. The magazine on the whole was cool but not entirely informative or necessary. What legacy did he leave behind? I have heard nothing that has been accorded his time so far as an SRC president.

When in office, they look so busy, detached and inhumane with us but a figment of their imagination. They leave us to paddle the muddy waters that the school throws our way but thanks be to God, we have survived this long and will continue to survive.

Seriously, UCC ABRƸƸƸ AMPA! The time is upon us each in our own small way to help right this situation that plagues us, in unity lies strength so let’s all wise up and do what has to be done. But we all should remember that life is a race and death is inevitable and like it or not, we will all die. Notably, it is in death that we are born to salvation where we all want to be despite the fact that our living falls short of the requirements. Through this sinful world that we plough through, we need to ask ourselves; what do I stand for? What legacy do I want to be remembered for? Unfortunately we all live in a way that insults our common humanity. Positions come with great responsibility and those who gain such offices are there to serve and not to pursue their own selfish interests. Let us let the light of God and His greatness be seen through us. Who will stand up to be the real McCoy?