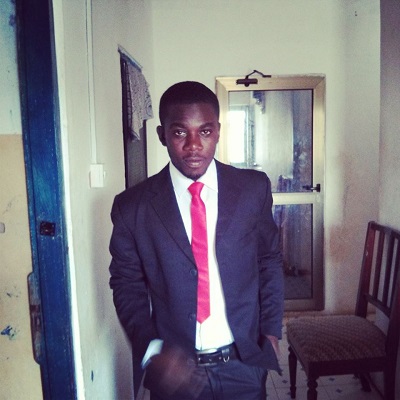 Why Our Youth Are in Daze, Lost in a Maze

The youth is inarguably the future and without them there is no hope in the sense that growing up every parent as an agent of development expects that at least one of his children will take to his footsteps or a chosen field and head towards a right direction so as to be one in whose hands the steering wheel of the family will be concentrated when the incumbent is no more. This piece seeks to examine what has made the youth in a daze, lost in a maze.

The glamour of the present age dazzles around the youth and when they look into it, they become dazed for a moment and think that is where they should be heading. So the youth get deluded by the glamorous life of others and engage themselves in it which in the long run, does them no good.

I totally agree with President John Mahama when he said in his meet – the – press session at the beginning of the year that most graduates complain of unemployment but the problem is that the universities are producing graduates who aren’t needed by the economy now. Like most people are influenced by their peers to read courses which aren’t actually their passion, so after graduation, while the job market requires a totally different group of people to hire, say engineers and agriculturists etcetera, the universities are producing otherwise.

It’s like when there is a light, for example, the little locusts and the moths, they fly straight into it, even if it is fire at times and they hurt and cause havoc to themselves as a result. It is in like manner when the youth are in a maze, they do not realize they might ultimately get hurt because of their state of bewilderment as they follow people as if they have blinkers.

Families have had their role to play in this. A child is born and an occupation is placed on him. (They tell him, you have to study to become a doctor or this and that’s it). Not everyone’s going to turn out a teacher, a doctor, an economist (name them…) so don’t follow people and think that is where you belong, you have no knowledge what their life is about.

If your passion is to sow, or paint, farm etc. make efforts towards that because the country needs you as well. Turn your back on what people may think or say after all, the most successful people aren’t the most educated. Just polish your craft with education and see yourself and your business glow and flourish.

When you see a nation whose youth are vibrant, go getters, and up to tasks, it is a nation that has some sense of hope. A nation whose youth are always involved in “night life”, thus people who cannot wait till Friday before they ‘party hard’. Always in night clubs, taking intoxicants and engaging in clandestine behavior, then I’m sorry that nation’s youth has absolutely lost the plot.

The youth have a responsibility towards the country. Tomorrow your country needs you to be a leader and a leader cannot be focused on partying all the time. Make an effort to be proud to provide an answer when your kids question you about your contributions to the development of your country.

It the duty of our leaders (from family level to president) to look at the generation and try to help them steer their passion and interests into ventures or fields of study that will be beneficial to them and result in them directly being leaders because when they channel their passion and energies in the right direction at a young age, they will perhaps achieve much more.

The government can institute a policy to have counselors at the high school level for example, who will guide students as to how to channel their interests and ideas into living dreams. I bet you many enter the universities without having a clear knowledge about what they want to do and how it’s going to have a reflection in their lives, those around them and a country as a whole.

I would like to end off with a quote from Ismail Menk who said, “Never forget that every photograph you’ve taken is a younger version of yourself, even if you take it right now. It was what you looked like.

The only time you know what you look like now is when you look in a mirror”. Take a mirror and ask yourself, what reflection you are having. That of one with a bright future or that with a doomed future. Time is flying, make yourself count, and don’t get lost in a maze. Your country desperately needs you to complete the circle when those at the forefront are no more.