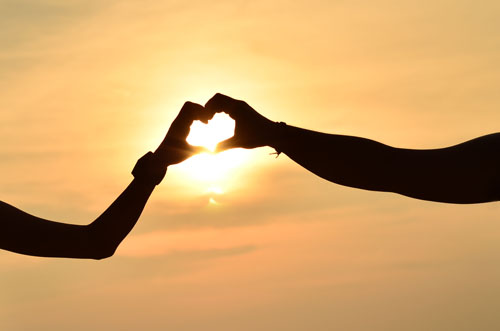 You Are On Your Own

We never lose friends. We only realise who the real ones are. If someone doesn’t appreciate your presence, make them appreciate your absence. Life is too short to spend time thinking about someone who doesn’t think about you. Stop putting an effort into those who show no effort towards you, for fake people kill your positivity.

Haven’t you realised people change, and often become the people they said they will never be? Why not focus on where you are heading instead of having confidence in a friend?

Two things you need to kill in your life – TRUST and EXPECTATION and you would have taken the step to becoming what you want to. Trust is the hardest thing to find and the easiest thing to lose. Yes, we could trust people if we lived in a hypothetical world where you knew there were unicorns, rainbows and people with reliability. But the world has metamorphosed past this deception.

Expect less. You will end up really disappointed if you think people will do for you as you do for them. Expectations cloud your focus and places before you an illusion of hope, a false perception of aid. Not everyone has the same heart as yours. No expectations, no disappointment.

Everything will be alright. Maybe not today, but eventually. You have a dream inside of you, a dream you have hidden from the world. You’ve made excuses for it and delayed it. There are a million things never realised and several achievements yet to be made. To establish true self-esteem we must concentrate on our successes and forget about the failures and the negativities in our lives. It’s your life. Don’t let anyone make you feel guilty for living it your way.

I want to lay some reality on you…

Alone you came and alone you will make it. If you don’t believe in yourself, no one will.

Unlike you, there’s an arsenal of weapons for every other kind in the world – antibiotics to kill the infection, narcotics to relieve the pain, scalpels and retractors to remove tumours and cancers. There are those remedies to salvage the physical threats.  But for your glitches, they are for you to face them – alone!

Face them! Show no emotion, feel no pain. It’s hard to resist the natural current, the downward pull but you need to. No one else can do it for you.

You are on your own and you know what you do. And you will decide where you go – Dr. Seuss

Not like a teamplay of soccer but life is rather like a race; a race in which the whole team is founded on the shoulders of one man. There’s nobody there to bail you out of your goof, even if you meant to save the world.

In the beginning of the day is a tall, well figured shadow that pops out of your body always. It becomes a companion that walks with you. It goes where you go, and promises to move with you through the thick and thin. It really does. But just when dusk approaches, you find yourself all alone. Your own shadow desserts you. In the end you are on your own so don’t take refuge in man. You can do all things through Christ who strengthens you.