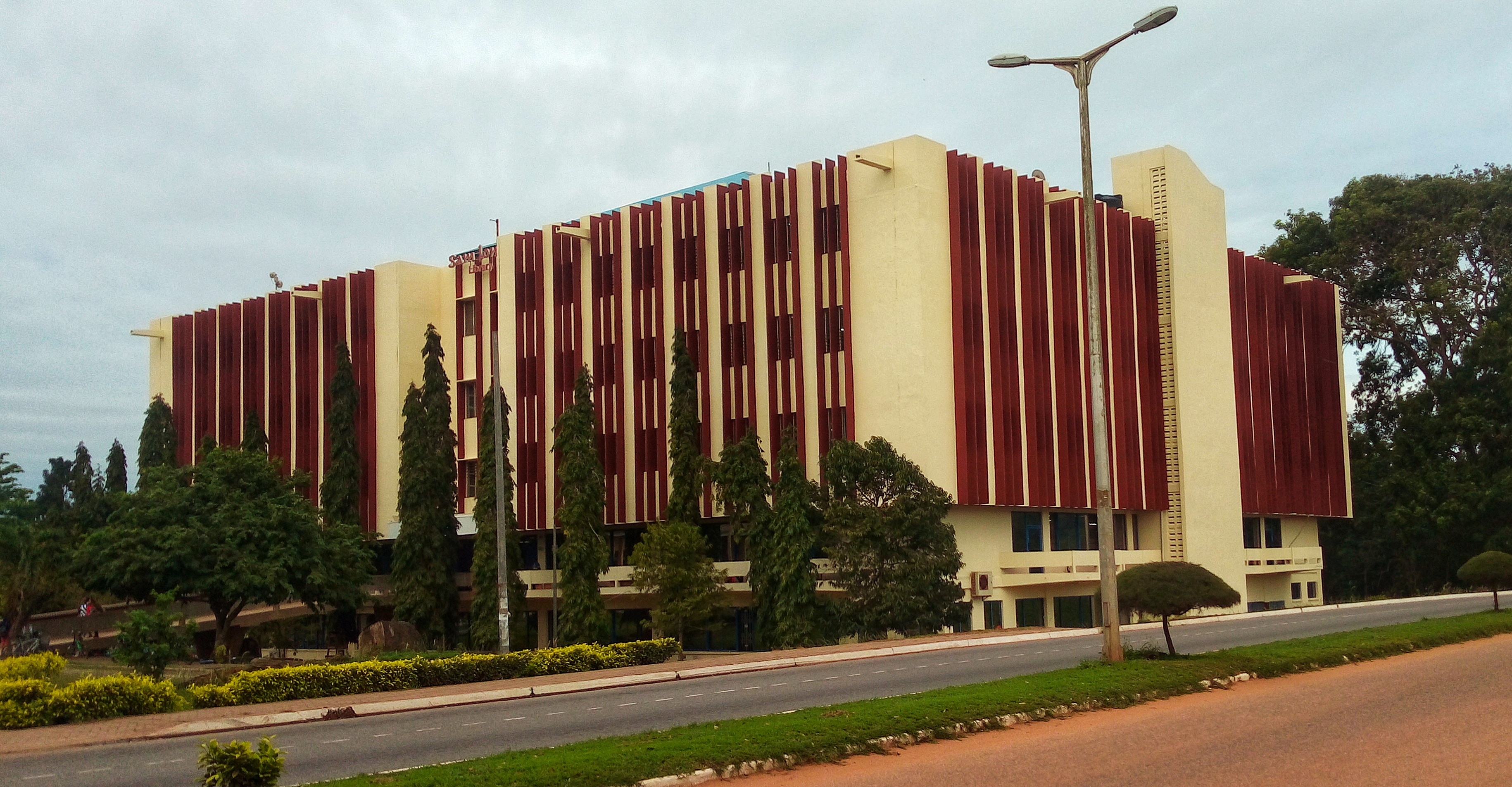 Sam Jonah Library Given a Facelift

The University of Cape Coast main library (the Sam Jonah Library) which is named after the current Chancellor of the University Mr. Sam Essuon Jonah has been given a refurbishment  with adorable colours making it glow as the rays of the sun hits its surface.

The library was established in the year 1962 with an initial collection of about 650 books. The Library is currently one of the biggest academic libraries in Ghana.

The library is housed in a magnificent four-story building, and has the capacity of holding about 750,000 volumes of approved text books, excluding pamphlets and journal collections.

The facility is one of the most used facilities on campus, and can seat about 2000 users at a time. According to records available to the Library administrators, it is estimated that the library receives about 5000 visitors per day.

Also this year’s library week celebration is set to begin on the Monday 21 to the Sunday, 27 of October under the theme “The 21st Century Library Service for Higher Education: Redefining University of Cape Coast Library Service.”