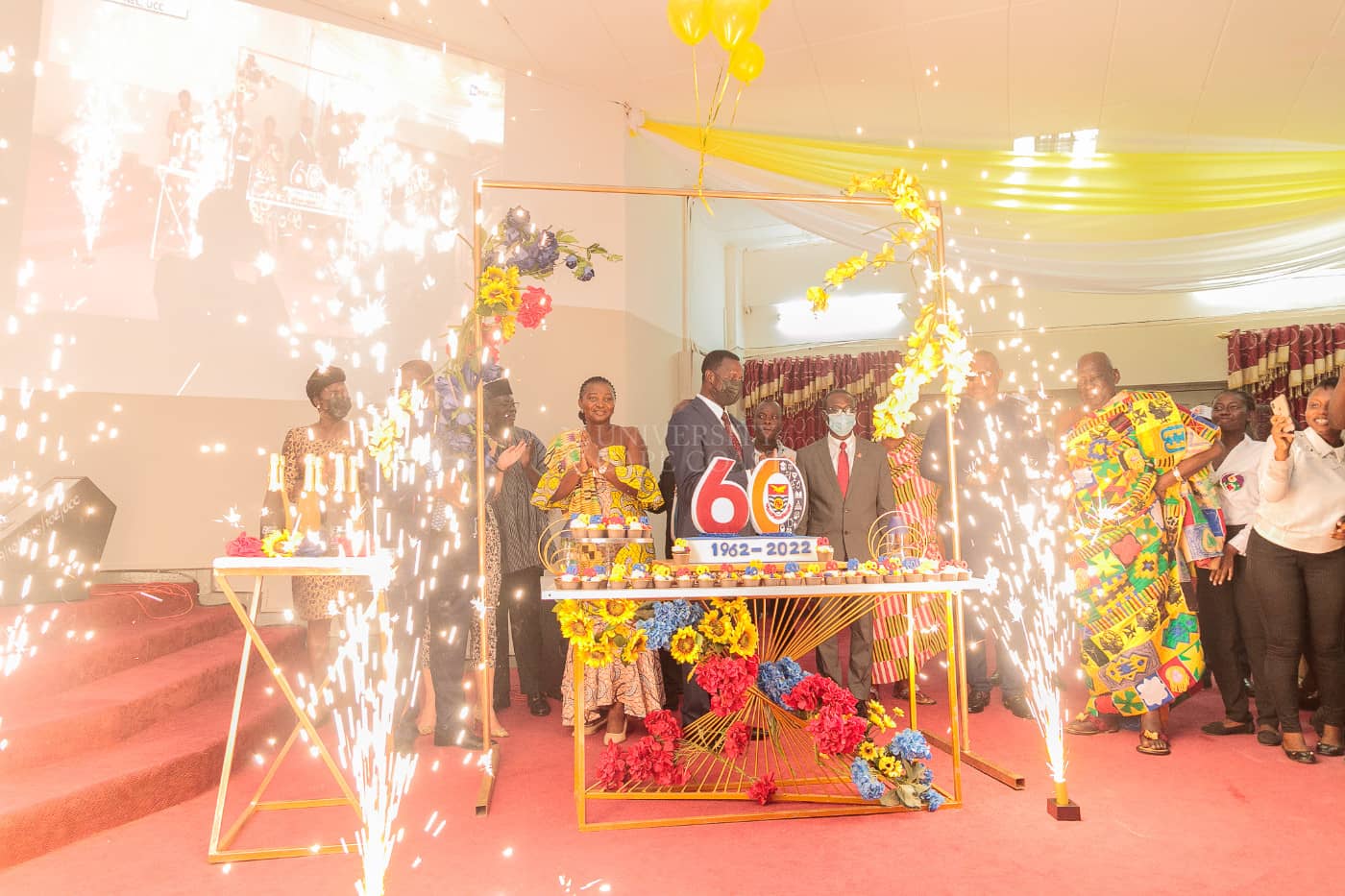 The University of Cape Coast, UCC, has launched its 60th anniversary celebrations with the theme, “60 Years of Quality Higher Education: Expanding the Frontiers”.

Series of activities including inaugural lectures, health walks, Chancellor’s Day, sporting activities as well as Kwame Nkrumah Memorial lecture, have been lined up as part of the celebrations with a grand durbar scheduled for October 27, 2022 to climax it.

Speaking as guest of honour for the launch, the honourable Minister of Education, Dr. Yaw Osei Adutwum, congratulated UCC on its 60th anniversary and charged the University to expand the frontiers of quality education.

To achieve that, he tasked UCC to lead educational reforms in the country instead of leaving it in the hands of politicians.

“UCC should lead the way of education reforms in the country. It should never be the preserve of the Ministry of Education to come up with ideas. UCC is the forefront of education transformation” the minister said.

Dr. Adutwum urged UCC to churn out graduates who would adjust to the demands of industry and fit for the job market. He also advised the University to set up a “Neighbourhood Academic Initiative” aimed at sending volunteers to mentor and guide primary school children in the Cape Coast metropolis. This, he believes, would help change the educational narrative of natives of Cape Coast failing to access quality education though the area is touted as Ghana’s educational haven. Towards this end, he promised to donate a vehicle to UCC to facilitate the transportation of volunteers.

Vice-Chancellor, Prof. Johnson Nyarko Boampong, in his address, made mentioned of the notable feats recently chalked by UCC. The achievements included being ranked among the top 350 universities globally, first in Ghana, first in West Africa and first in research influence globally, among others.

He attributed the enviable accomplishment to the efforts of staff, students and retirees of the University.

Climaxing the event, the honourable Minister of Education joined by some dignitaries, cut a branded UCC at 60 anniversary cake to mark the launch.

Prior to the launch, Dr. Adutwum inspected a guard of honour mounted by the UCC Central Cadet Band at the forecourt of the New Examination Centre, venue for the event.

Chairman of the UCC Council who also chaired the event, Prof. Obeng Mireku, in his closing remarks said UCC would join the education ministry to promote STEM education in the country. He underscored the need for the minister to impress on the Ghana Tertiary Education Commission to grant the University accreditation to offer engineering programs.

1971: The UCC ACT 1971 was promulgated granting full University status to the college.