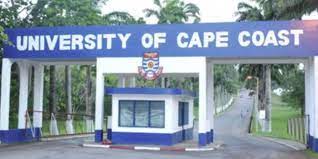 The long-time University of Cape Coast( UCC) Training Resort and Conference Centre project located at Agona Nyamekrom according to schools’ management will be furnished within a possible period of time for operations to begin.

A press release by the management states that “the Public Procurement Authority has granted approval for the contract to be re-awarded” after the contract has been terminated.

According to the release, the was land was given to the University by the Chiefs and people of Agona Nyakrom for the purpose of constructing residential marketing, retreats and as well serve as a training centre for past graduate students.

However, two delegations held by the Pro-Vice-Chancellorhandling of the since the handling of office of the Vice-Chancellor visited the Chiefs and people of Nyakrom in expressing issues regarding the delay in construction and ways taken by Management to resolve them.

Published in Community and News