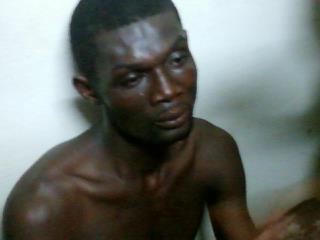 At about 5:30am yesterday, a guy suspected to be a thief was caught at the Kwame Nkrumah Hall. This suspected thief is likely to be in his late twenties.

He was caught with two laptop computers, four mobile phones and Chemistry and Economics handouts after trying to escape from the vicious student from whom he had stolen.

The thief who was nearly lynched but for the timely intervention of the security persons on campus claimed to be a student when interrogated. He later however disclosed he was not a student but had students who informed him of operation times. He also revealed to have some security persons who gave him tip-offs on times to come and steal.

This is the second time Nkrumah hall is experiencing theft cases by external agents this semester. Students are therefore advised to keep an eagle’s eye on their precious properties and be wary of people who pose as students but come to steal.