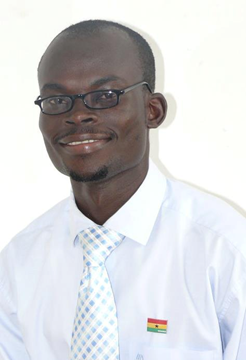 My long presence here on this campus for the past five academic years has made me familiar with one thing –ritual cry over ritual increment of academic user fees. Every year there is an increment and the foul-cry of students demanding a reduction follows. Frankly, there has never been anything like reduction of academic user fees that I know of. So when I recently heard of the usual increment and the typical students’ outcry for their leaders to ‘do something’ about the situation I only grinned with pity.

But my observation over the years is that it seems nobody investigates the factors that contribute to the increments. Put aside the technical economic figures from the Bank of Ghana. Let’s focus on what happen around us here on UCC campus. Let’s look at how STUDENTS and the ADMINISTRATION alike, by their deeds and misdeeds, swell the academic user fee needlessly.

This piece is a call to attitudinal orderliness. I believe that ATTITUDE REMAINS THE STRONGEST CONTROLLING FORCE OF THE AFRICAN DESTINY AND IF WE ARE TO PROGRESS AS A PEOPLE AND DEVELOP AS A NATION, THEN NO CHANGE IS AS IMPORTANT AS A CHANGE IN OUR OWN ATTITUDE –POSITIVE CHANGE, I MEAN. The UCC community, like many other public institutions, is an attitudinally diseased one and it behooves us all to cure it –students and workers.

Let us look at a few indicators or symptoms of the disease I refer to:

MESS IN THE HALLS
I stayed in the hall for a considerable period of time when I was an undergraduate student. Longer than the permitted duration probably because I was of good use to the hall and I made one observation which happens to be the same situation in all the halls. University students care not about where they leave their rubbish. One would find dirt, human-generated waste, on the staircases in virtually all the halls.

A ‘haller’ could just swing open his/her door and throw out rubbish into the corridor or the balcony. It is worse to the extent that people walk to the dustbins but choose to drop the rubbish on the ground by it than open the bin and drop in the rubbish! In fact, the fact that the dustbin is full does not give you any excuse to throw the rubbish on the ground.  Ironically, cats do not defecate where they sleep but some humans have turned their sleeping places into refuse dump. Wait for the usual thing to happen –TEWU Strike– and you will see what I mean.

MESS IN THE LECTURE HALLS
Disgustingly, aside littering the halls where they sleep, students carry this appalling indiscriminate littering attitude to the lecture halls. Some eat during lectures and leave toffee rappers, banana peels, sachet water rubbers, yoghurt rubbers and a whole avalanche of waste in the lecture halls. The worse happens in the nights when students go to lecture halls to study. That is when the nocturnal waste generators mess up the lecture halls big time.  These same students will start complaining when the cleaners are to halt their lectures to clean their own mess in the mornings. Early morning lectures are mostly held in oceans of filth and supposed-to-be-intellectuals wallow in such mess for their lectures unperturbed.

Even more despicable is that individual students and groups (unfortunately including the religious groups) have turned the lecture halls into advertisement and publicity centres –messing up the rooms with posters. It is embarrassingly an ‘eye-sore’ in the LTs.

MESS IN THE SUMMER HATS
The perception seems getting concretised in the minds of some of us, that the Ghanaian University Student is inherently irresponsible and will remain so until prompted with the whip. Not everybody could be tagged as such but the prevalent rate of such irresponsible attitude of us students is intimidating to the racial dignity of some of us Pan-Africanists. Visit the summer hats when real academic work starts in earnest and you would find packaged and unpackaged waste generated and abandoned there my University students who went there supposedly to have group discussions.

MESS IN THE LIBRARY
It is quite flabbergasting to see litters of toffee, sachet water, yoghurt rubbers and other waste in the main library and the departmental libraries. How do they get there and who leave them there? Supposed intellectuals? GOSH!

‘GOATS ON RAMPAGE’ OR INTELLECTUALS IN DISARRAY?
There is another disturbing phenomenon that psychologically torments me. When I came as a first year student, the then VC (Prof. Addow-Obeng) had spent millions of the Ghanaian tax payers’ money and students’ fees to grass the otherwise dusty compound of the university just for the comfort of the members of the university (we secretly nicknamed him ‘the Green-Grass VC’). Previous SRC’s have also spent millions creating comfortable-to-use pavements or walkways. But students, probably suffering from chronic attitudinal laziness, have vowed and chosen to walk on the lawns and avoid the cement-made walkways. So now walk around to see, the once beautiful greened environment is turning red again –the choking dust is returning. Our polished shoes are getting recoated with dust because university students have diabolically purposed to graze off the grass with their feet! You visit the ‘G’ Blocks and other places and you see newly created human-made paths through the lawn like RATS trails.

VANDALISATION OF FURNITURE
I really think the University authority should consider having CONCRETE CHAIRS AND TABLES in the lectures hall (especially the ‘G’ blocks, LLT and NLT). Not even iron-framed furniture last an academic year because some good UNIVERSITY STUDENTS will drag them out and in and the BAD ones will drag them out and leave them there in the sun and rain.

THE UNIVERSITY AUTHORITY
On the part of the University authority is a seeming attitude of indifference –an attitude of ‘okay, they will pay so who cares?’ So what I’ve witnessed is, like in the NLT, LLT and ‘G’ Block, inferior furniture are fixed and they get broken in two weeks and new ones are fixed and broken again. When a semester is about starting, new bamboo fences are raised sparingly around some of the lawns as if to fend off goats. And when they are run down ironically by some goat-like students, they are left and others keep wearing off the grasses. Around the Science Market (where the worse happens) sellers use the lawns for the after rest and night sleep with their kids playing football and ‘ampe’ on the students-paid-for lawns. MOST OF THESE PEOPLE WHO SELL AROUND THAT AREA HAVE THEIR HUSBANDS AND SONS WORKING WITH THE UNIVERSITY, either as security men or cleaners. Could this be the reason why they are not put in check?

WHAT WE MUST DO

The consequences of such human problems are many. Aside that it creates bad impression of us in the minds of others, there are financial consequences. Huge sums of monies are committed to cleaning up the halls, lecture halls and the general environment and if we do not change, then the waste will increase and more personnel will have to be employed to clean. Again, millions go into the grassing of the compound and when the grasses die out, more money will have to be spent to re-grass. Who would pay the difference in the increment in the University’s expenditure? Students! So invariably our bad attitude as an intellectual community has contributed to the steadily increase in our academic user fees.

In our quest as a people to develop, it is imperative that we wed responsibility to our nobility as Africans. Again, ONE GREAT INGREDIENT TO THE PROGRESS OF ANY NATION IS HAVING THE SAME OVERWHELMING NUMBER OF ITS CITIZENRY THAT VEHEMENTLY CLAMOUR FOR ITS RIGHT DOING ITS RESPONSIBILITIES WITH THE SAME PASSION.

I call on ‘the University’ to ensure quality of the facilities on which money is spent and put the Security men to proper work day and night to keep the lawns. To the students, I ask to keep the environment of the university well and STOP PUTTING UNNECESSARY PRESSURE ON STUDENTS LEADERS AS IF THEY ARE MAGICIANS!