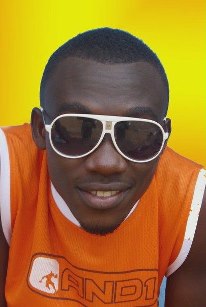 You and Your Lecturer

Your lecturer is just similar to a bridge that can assist you to crossover unfamiliarity. It is however coerced on your part, an efficacious physical and mental exertion. You must do the crossing; it is not to be spoofed! Have you any problem with your lecturer? Identification of a problem is part of its solution. Adam was erroneous so is your lecturer. He comes with his fair share of idiosyncrasy, favouritism, and problematical frailties.

Is your Communicative Skills lecturer for example not very patient? He would often scream at you but don’t find it a vex respecting him. What makes him go troublesome? Some students’ crazy acts? You must learn not to take his insults to heart. Be focused on your work and keep yourself busy in his lecture. At the end of the semester, you would be one of the few who will receive decent grades. When he overlooks your mistakes and shortcomings there will not be a moot state you will acknowledge it. Do the same for him!

It may stimulate discomfort in your heart when you come across what looks to be scandalous favouritism. What number of students is expected to be in his lecture? How many of you are willing and able to pay attention for half a credit? How many of you vent their hostility on him? Now be in his shoes; would you not be influenced to concentrate more on those who want to be familiar with unfamiliarity? He sets a deadline for assignments but makes exceptions for the student news reporters of the campus radio, don’t be jealous, it might just so happened that he is the news editor of the same mass communication medium. After all that don’t ignore your educational needs!

He is capable of making mistakes. He may misunderstand you. Inquisitiveness may be viewed as rebellion, or a power of wit as foolishness. But don’t return evil for evil! Be patient. Surely it is not at all the time that friendly behaviours will win over him, but be calm and speak mildly to him when he treats you unfairly. He may reassess his opinion of you. Don’t antagonize him. Avoid needless confrontations and don’t give him legitimate causes for complaint. Your persistent politeness and a smile from time to time might just change his opinion of you.

Certainly, not all tangled affairs have neat endings. You sometimes just have to endure ordeals. Learn how to cope with a difficult lecturer, and you will gain treasurable life skills, including one that will serve you right when you have a difficult boss to work with.