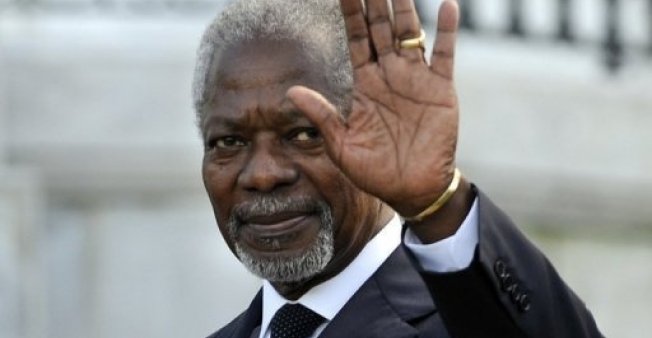 By Abdul-Karim Mohammed Awaf on September 11, 2018

The event is part of the numerous activities planned by the university management to celebrate the former UN Secretary General who passed on in August this year. On Friday September 7, a memorial night was held at the Great Hall.

The exhibition of works by the late Kofi Annan at the Balme Library, which opened today Monday, will be closed to the public on Friday, September 14. At the exhibition, there are also pictures depicting his service to the world particularly to the university and his odyssey through life.

Speaking at the exhibition today, Vice Chancellor of the University of Ghana, Prof. Ebenezer Oduro-Owusu reemphasized Kofi Annan’s tireless efforts in ensuring that the university maintained its world class status. 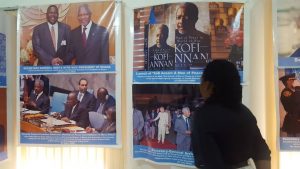 Owusu stated that Mr. Kofi Annan was a great asset to the University of Ghana and the world at large therefore he deserves all the activities the University has arranged for him and even more.

Mr. Annan, who was Chancellor of the University of Ghana from 2008, ended his tenure at the end of July 2018. He passed away in Bern, Switzerland on Saturday, August 18, 2018 after he reportedly fell it on his return trip from South Africa after he had attended the centenary celebration of the birth of a former South African President, Nelson Mandela.

He was hospitalised in Geneva and later airlifted to the Swiss capital, Bern, where he died peacefully. 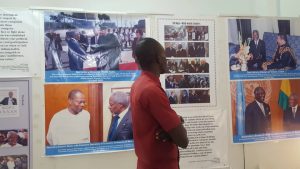 Also at the exhibition was the first day of exhibition is the Pro-Vice-Chancellor, Research Innovation and Developement (ORID), Prof. Francis Dodoo.

Meanwhile, the mortal remains of the Nobel Laureate will later today arrive in the country. His remains will be received with a brief ceremony led by the Ghana Armed Forces and President Nana Addo Dankwa Akufo-Addo.

Kofi Annan’s body will then be moved to the Accra International Conference Centre from the Airport.

Published in Do not use me (Untick me) and Other Campuses