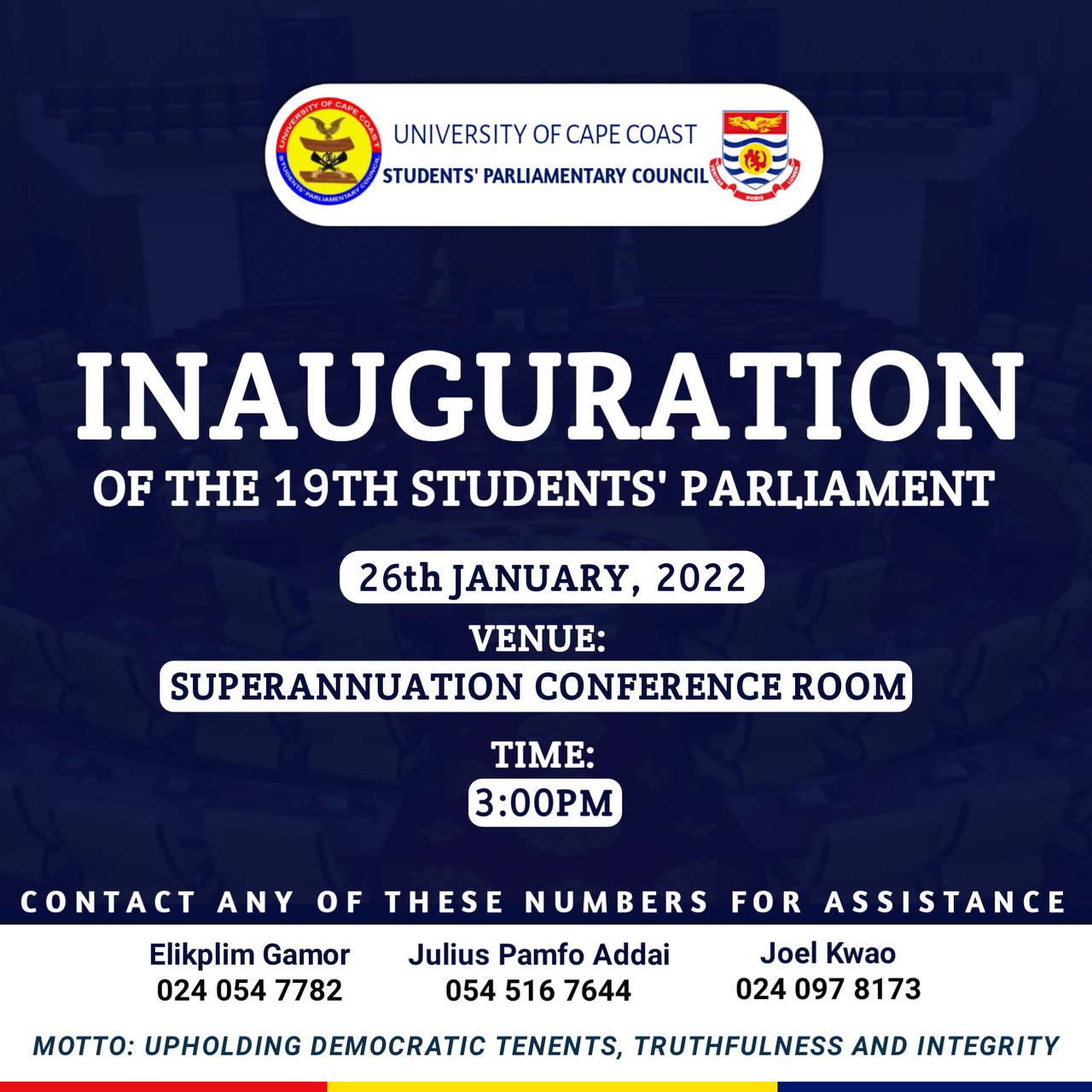 The Students’ Parliamentary Council of the University of Cape Coast announces its inauguration of the 19th students’ parliament under the sanction of the Rt. Hon. Abdul Karin Yahaya in reference with Executive Instrument Ref: UCC/SRC/17/Vol.21 coming up on 26th January, 2022.

The 18th Parliamentary Council in its release signed by Ms. Arabia Gyanba Eshun, Clark to Parliament and Ms. Nadia Abass, Deputy Clerk, states that the upcoming events is set to take place in 3 consecutive days with the outlines as follows:

24th January- Voting of leaders for the 19th Parliamentary Council

The event will be taken place at the superannuation conference room each day at 3pm.

Published in Events, News and Notices