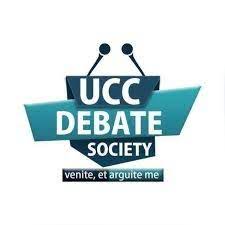 The University of Cape Coast Debate Society in collaboration with the UCC SRC is set to organize the 4th edition of the UCC SRC INTER-HALL FRESHMEN DEBATE and PUBLIC SPEAKING CHAMPIONSHIP coming up in July 2021.

The competition dubbed “Hunger Games” is an annual event that brings together debaters and speakers from all the traditional halls of the university to compete in heated banters concerning social, economic, and political issues while promoting the art of public speaking and healthy competitions amongst various halls within the university community.

This year’s competition is set to occur from the 15th to the 17th of July with very exciting prizes to give away.

However, The president of the UCC DEBATE SOCIETY, Eugene David Dante, declared that this year’s competition is going to be stirring due to the increase in the number of good debaters.

“This year’s competition promises to be a very exciting one due to the increased number of participants and good debaters the various halls are presenting, and also an exciting set of surprises the organization committee and the SRC has been putting together as part of planning since January this year,” he said.

He further encouraged all stakeholders to give their best in the coming competition.

Casely Hayford Hall won the maiden edition of the event in 2016, in 2018, the Royals of Adehye beat the other 7 halls to win the ultimate trophy. In 2019, the SRC Hall who was then a first-time finalist pulled a surprise to win the last edition of the competition.

Who wins the 4th edition of the UCC SRC Freshmen Inter-Hall Debate and Public Speaking Championship?

We will update you as the competition commences. Stay connected.

Published in Entertainment, Events and Halls