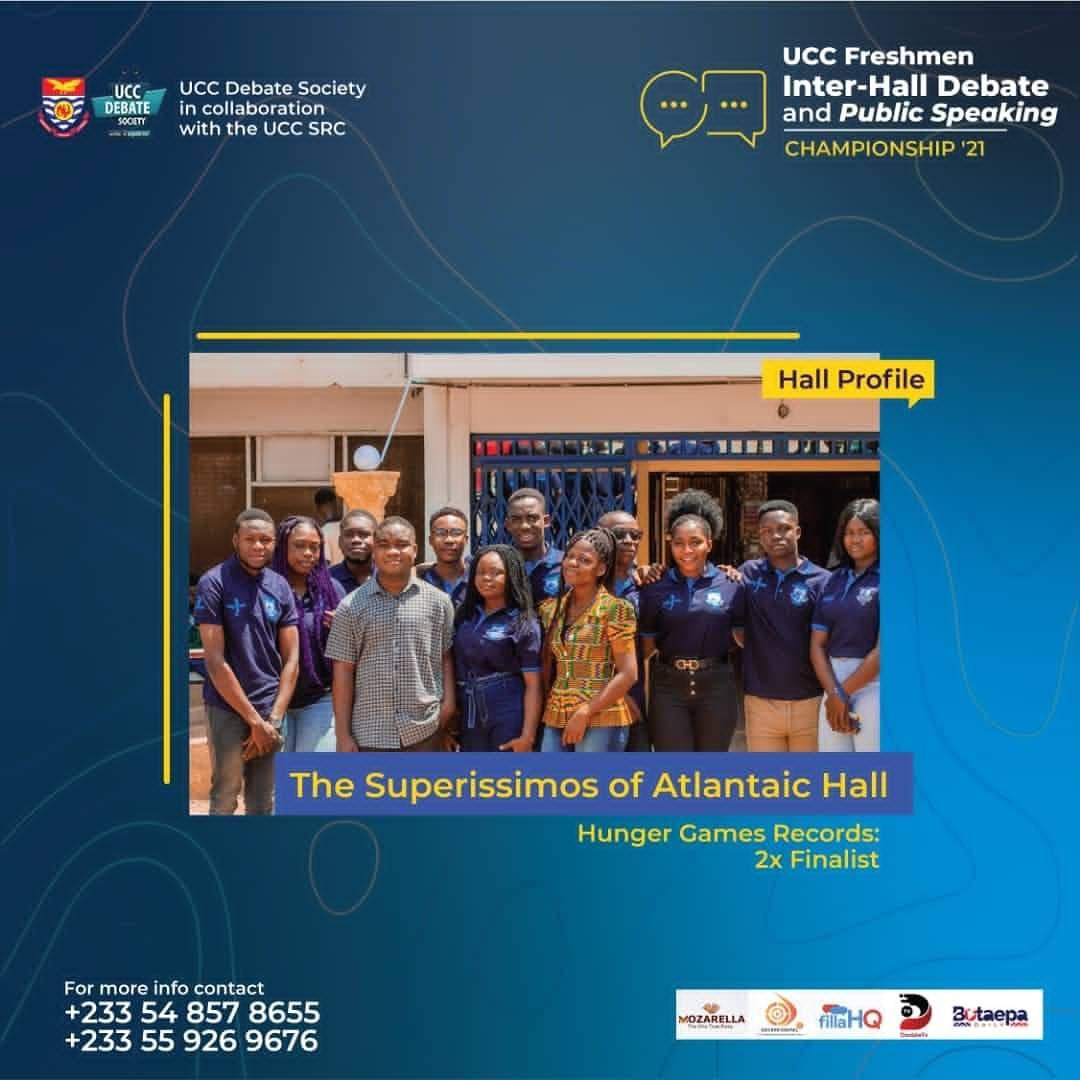 Inter-Hall Debate: Atlantic Hall is not negotiating with other halls for the trophy – Fidel states

The event seeks to promote the art of public speaking and healthy competition amongst the various traditional halls within the university community.

The President of the Atlantic Hall, Osei Agyemang Fidel is boastful that the Atlantic Debate Society will emerge as the ultimate winners of this year’s UCC SRC Freshmen Inter-Hall Debate and Public Speaking Championship.

“This year, the Superissimos are very well prepared and filled with energy, we do not think there is anyone who can compete with us. In fact, we are not coming to negotiate with anyone, we are picking every award including the Ultimate in this year’s competition,” he said.

However, he also commended the SRC and the UCC Debate society for putting up such an intellectual event which encourages the promotion of healthy competitions amongst the various traditional halls.

Fidel urged the participants from the other traditional halls to be determined and ready to battle.

Atlantic hall has made an appearance at every final of all the previously held editions of the Freshmen Inter-Hall Debate and Public Speaking Championship since its commencement in 2016, but are yet to win the Ultimate.

This year’s competition therefore happens to see a lot of participation from the freshmen in the various traditional halls as compared to the previous years.

Published in Atlantic and Halls