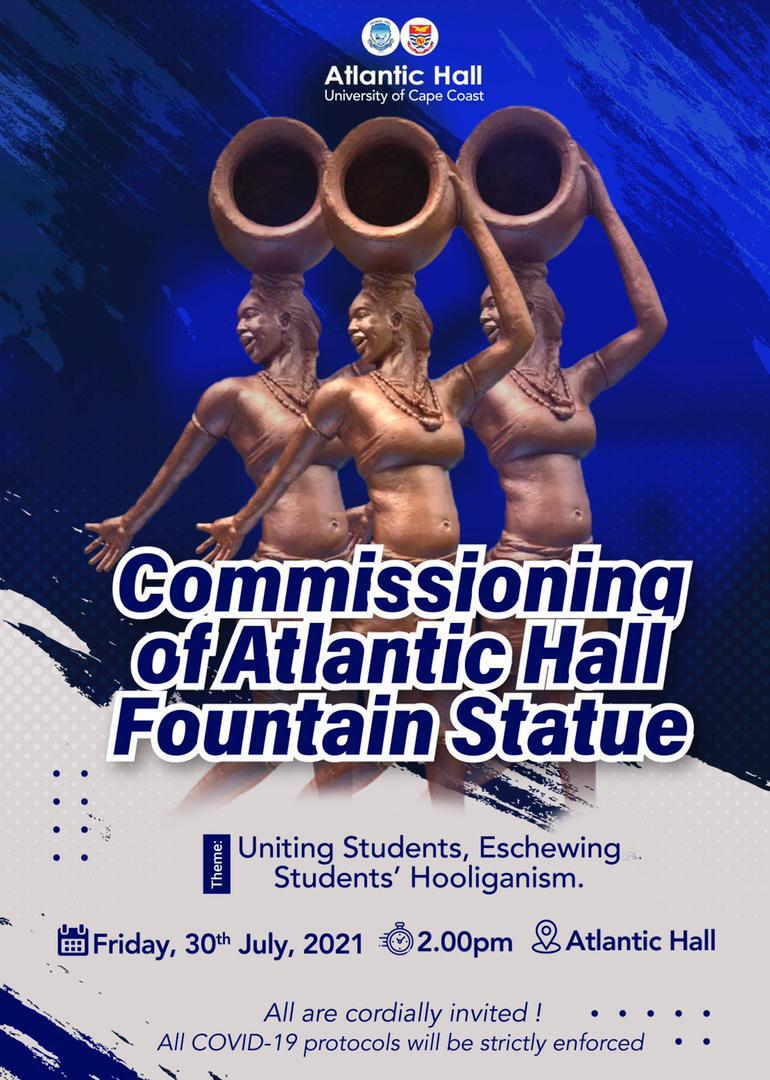 Atlantic Hall led by the Hall President, Fidel Osei Agyemang is set to commission the destroyed fountain statue on July 30, 2021.

The Fountain Statue known as “Kofi and Mother Atlantic” was constructed nine years ago and was vandalised during the clash between Oguaa hall and Atlantic hall last year.

The Hall President in his address during his campaign earlier this year promised to reconstruct the statue should he emerge as the winner. With this commission, he has fulfilled a promise made to Atlantic hall affiliates.

All persons are invited to the commissioning of the great fountain statue on Friday, July 30, 2021 at 2pm in front of the hall.

We will bring you more updates on this. Stay connected.

Published in Atlantic, Halls and News