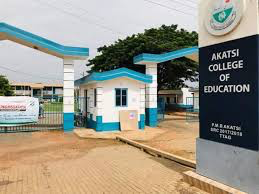 Public Colleges of Education teachers have called off its strike embarked from January 6 2022 after the central government agrees on settling their unpaid arrears by February 2022.

According to a statement copied to Educationweb, this follows an emergency meeting held on 17 January, 2022 by the National Council of the College teachers.

Also, the suspension is as a result of a confirmation through validation of January salaries and implementation of the payment of the 2017-2020 Conditions of Service (CoS).

In view of this, effective teaching and learning activities for the 2022 academic year will resume on Tuesday, January 25, 2022, in all the 46 public Colleges of Education (CoE) across the country.

“CETAG expects that needed steps will be taken by stakeholders to remedy the situation by paying fully all the unpaid arrears by February 2022 by the Controller and Accountant General’s Department,” they stated in a release on Monday.

The College teachers on Thursday, January 6, 2022, embarked on an indefinite strike action to register their displeasure over arrears and the central government’s failure to implement the 2017-2020 Condition of Service (CoS).

“The Association has resolved to withdraw teaching as stipulated in the conditions for Colleges of Education effective Thursday, January 6, 2022. Members are to comply with the directive until further notice,” it said in the statement.

The Association in a release said it signed a Memorandum of Understanding with the government on September 24, 2021, after reaching an agreement through negotiation on 2017-2020 Conditions of Service (CoS) for members.

“CETAG members are anxiously and patiently waiting for full payments of the agreed allowances (January 2021 to December 2021) at the end of December 2021 without which the Association shall activate its intended strike action.

We, therefore, serve notice that CETAG members have resolved to embark on an indefinite strike effective January 6, 2022, if the said payments are not made in full at the end of December 2021,” it noted in the press statement.