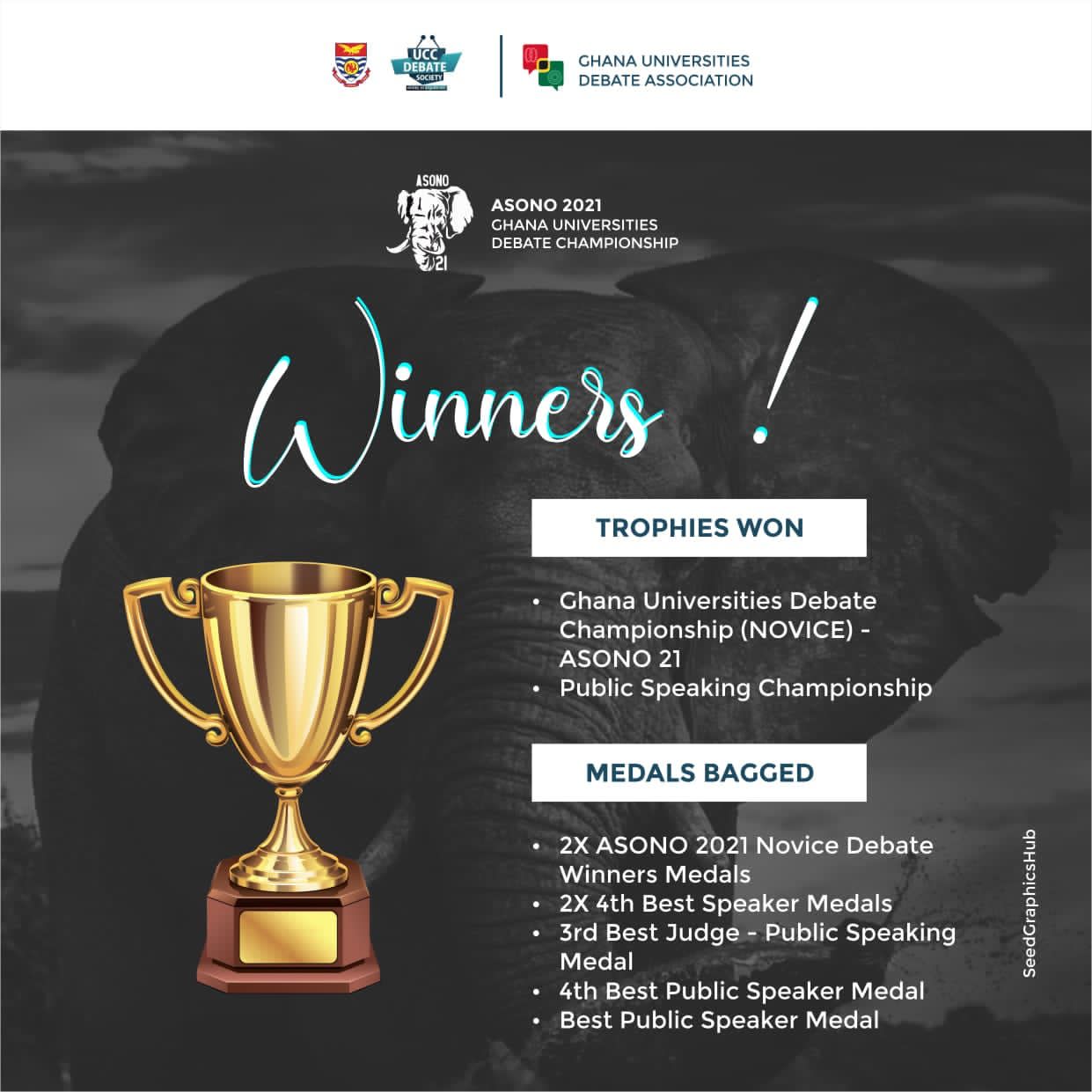 The University Of Cape Coast Debate Society dominated the just ended Ghana Universities Debate and Public Speaking Championships held at the University of Energy and Natural Resources, Sunyani by winning two out of the three categories of the competition.

Godfred Nana Boakye, a level 100 and an affiliate of Oguaa Hall, and Haneef Mohammed an affiliate of Valco Hall also in level 100 beat KNUST and other universities in what was a fierce final to be emerged winners of the Neophyte category of the debate championships.

Meanwhile, Jahmai Aikins, incoming president of the UCC Debate Society emerged as public speaking champion after beating many other participants from the various tertiary institutions to double UCC’s win.

Speaking to the immediate past president of the debate society, Eugene David Dante, he said, “After a massive support from the UCC Student Representative Council and the office of the Dean of Students, we didn’t have any reason to fail university”.

“We are grateful for the support of both the SRC and the Dean of Students, and the team coach Samuel Kojo Pinkrah for his dedication to making sure we won. Next year I can guarantee you that we will win everything,” he added.

This year’s edition was hosted by the University of Energy and Natural Resources.

Published in Events, News and Write for Us