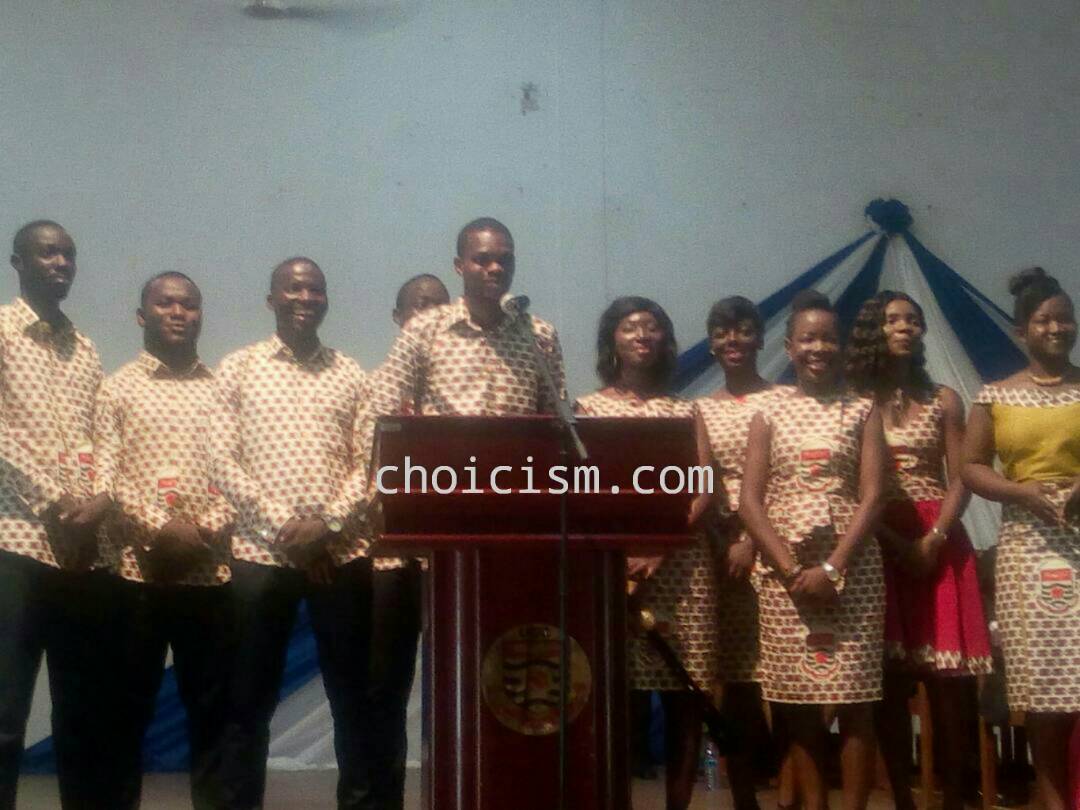 UCC SRC New Executive Board Takes Over Mantle to Serve

The 2018/19 SRC, as well as, L/NUGS Executives of the University of Cape Coast (UCC) have been sworn-in at a ceremony held at the university’s Main Auditorium on Wednesday, April 25, 2018.

The in-coming SRC President, Mr. John Kpodo, in his acceptance speech, drew the attention of the Vice Chancellor of UCC, Prof. Joseph Ghartey Ampiah to pressing issues of concerns that need immediate attention.

Some of the issues raised by the in-coming president included part payment of fees, elimination of some components of fees, challenges with the shuttle system, Wi-Fi  and security.

“Students of the University of Cape Coast need to have their portals automated so that when they pay 50 percent of their fees, they can register. students want certain components of the school fees schedule, for example, the SRC Canteen, to be state off.”

The Wi-Fi is also of paramount importance, we have seen that management has started doing something but the student said it is not enough, we have to do more. Prof. security on campus is an issue and that should be tackled head-on,” he indicated.

For his part, the Vice Chancellor, Prof. Joseph Ghartey Ampiah, indicated that management was already attending to some of the issues the SRC President raised, and promised the remaining issues will be dealt with as soon as possible.

Prof. Ghartey specifically noted that, there was going to be a strong Wi-Fi system since the university’s authorities would soon introduce an e-learning system in the University of Cape Coast.

“All of us want to improve internet service because my vision as Vice Chancellor, is to make sure that we digitize the University. So there are many things we are going to do to digitize the University, including introducing e-learning to the university so that we would combine the face-to-face with e-learning for us all…, and this will be dependent on getting effective internet service on campus. So for me, internet on campus is something that is dear to my heart and it is something that I must do in other to fulfill my promise of digitizing this university,” Prof. Ghartey said.