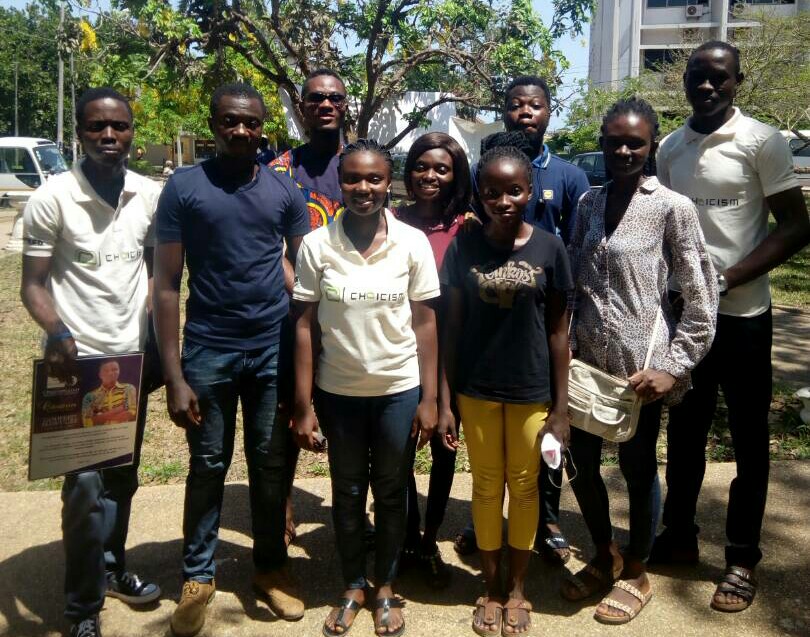 The most authoritative students’ news portal, Choicism.com, has on Saturday May 5, 2018, inaugurated a new editorial team, while it acknowledged the efforts of the outgoing members.

The team will now be headed by Mr. Fredrick Daoyenikye, a second year Communication Studies student of the University of Cape Coast as the Editor-in-Chief.

The new Editor-in-Chief, Mr. Daoyenkye, in his remarks, congratulated the outgoing members for their good works and also thanked them for the opportunity and the new mandate they have given to him to lead the team.

He further gave the assurance that the team, made under his watch, will do their best to contribute to the already good things Choicism.com has started.

He also entreated all the members to come on board to work together as a team towards making choicism.com a bigger name not only on the University of Cape Coast campus but on other tertiary campuses in the country.

During the inaugural ceremony, members who are in their final year, were appreciated and awarded with certificates for their hard work and dedication.

Special citations were given to the outgoing Editor-in-Chief, Mr. Mawugbe and Miss Tenkoramaa for their unflinching dedication towards the development of Choicism.com after serving from 2016-2018 .

Mr. Godfred thanked the founding members of Choicism.com for the mandate they gave him, saying that he was so grateful for the opportunity to serve.

He also thanked the team he has worked with and also wished the new team the best of luck in their role and assured them that, his team will always be ready to help when the need be.

He further expressed appreciation to everyone who has subscribed to the portal for campus updates.

The programme was chaired by Mr. Abdul-Karim Mohammed Awaf one of the founding members of Choicism.com, who encouraged the student journalists to use the opportunity given them to build experience.

Choicism.com is a students’ news portal on the University of Cape Coast campus which serves community and other tertiary institutions with credible news stories.

The portal, which is a student initiative, was founded by Mr. Abdul-Rahim Sulemana and Miss Najilaha Umar Sulley in the year 2011.