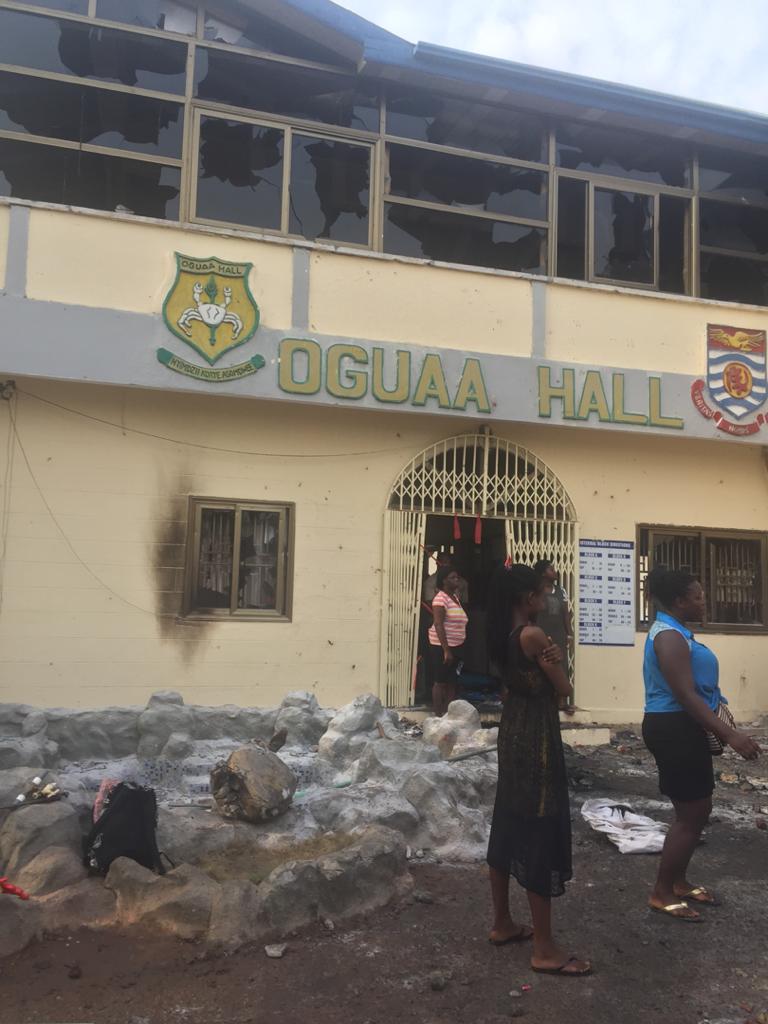 According to eyewitnesses, it all started in the evening when some students from ATL Hall allegedly attacked students supposed to be Oguaa Hallers at the forecourt of Oguaa.

The Oguaa Hall affiliates who were engaged in a durbar to enstool a new chief for their hall as part of their hall week celebration were informed about the development.

In an attempt to confront the perpetrators of the said action it escalated into a bloody tussle which left many properties and some students injured.

It has been three years since a similar incident happened between the two halls which also left many injured.

The Pro-Vice-Chancellor, The SRC President and some of the school’s authorities have visited the scene this morning to witness the situation.

However, there has been an emergency meeting with the Executives of Oguaa hall to understand the cause of the tussle.