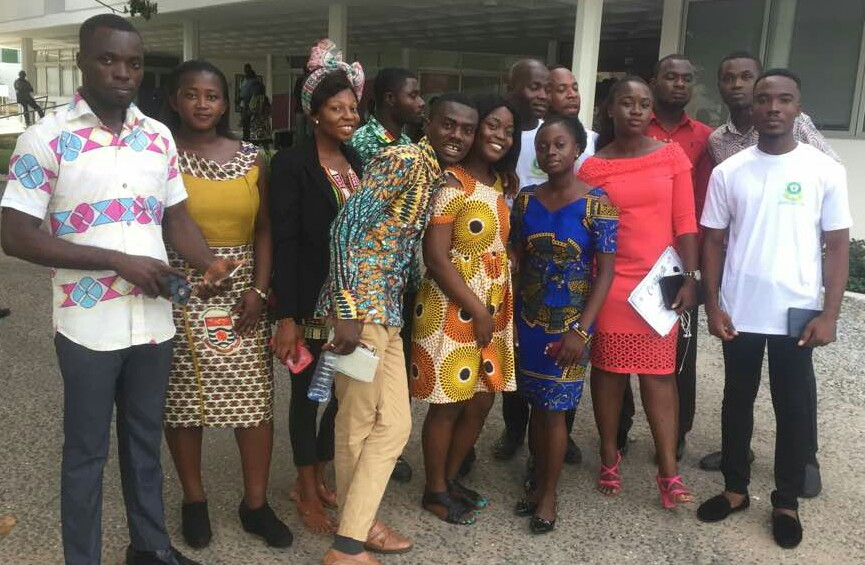 Debaters from the University of Cape Coast (UCC) have beaten their compatriots from Ashesi University in the KUAPA KOKOO Inter Tertiary Debate Championship, to reach the finals of the debate competition.

The competition which came off on Monday, 30th April 2018 at the British Council Auditorium, in Accra, saw Team UCC topple Team Ashesi with a score of 81.66% against the latter’s score of 72.37%.

Debaters from the various teams gave splendid presentations on the motion, “Is ICT the answer to achieving maximum growth in the cocoa sector in the wake of Ghana beyond aid?”.

UCC joins KNUST, GIMPA and UEW in the final of the competition scheduled on the 30th of May, 2018.

The competition was organized by the Millennium Promise Alliance together with KUAPA Co-Operative Union as part of their 25th anniversary celebration of the Union at the British Council auditorium in Accra.

The event was attended by the Dean of School of Agric of KNUST, Professor Joseph Sakodie; the Managing Director of KUAPA Kokoo Limited, Mr. Samuel Adimada; the Deputy Country Director, United Nations Youth, Mr. Kobla Asamani; the country Director of Millennium Promise, Chief Nat Ebo Nsarko and many others.