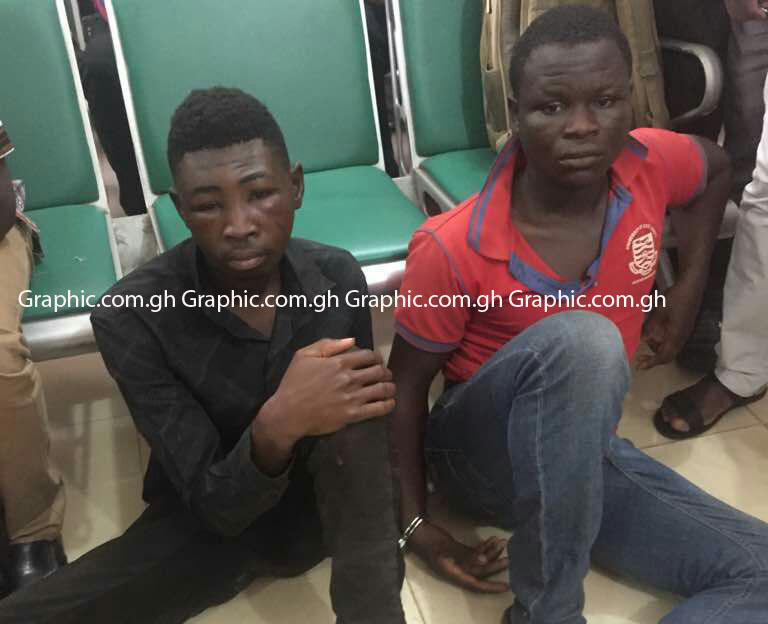 Two students of the Tamale Technical University (TaTU) have been sentenced to death by hanging for murdering the Head Pastor of the End Time Believers Bible Fellowship in Tamale last year.

The Tamale High Court, presided over by Mr Justice Edward Apenkwah, sentenced the two students, Kwame Dogyi and Obio Akwasi, who are cousins, after the jury had returned a unanimous verdict of guilty of conspiracy to commit crime, to wit murder.

They murdered 64-year Pastor Ebenezer Ocran in cold blood at his residence at Kumbuyii, near Tamale, on the Tamale-Kumbungu road on November 9, 2017.

They took away his Toyota Highlander vehicle, which Dogyi gave to a sprayer at the Tamale Industrial Area to sell at GHS10,000.

The Tamale District Court One, presided over by Mr Anthony Asaah, on Wednesday, April 11, 2018, committed Dogyi, 28, and Obio, 21, to stand trial for the murder of Pastor Ocran.

The hearing of the case at the High Court began on Tuesday, April 17, 2018, until they were finally sentenced on Monday.

During the trial, the prosecution called nine witnesses, while the convicts called no witnesses, and at the end of it all the jury returned a verdict of guilty of conspiracy to commit crime.

Facts
The facts of the case, as presented in court by the prosecutor, Mr. Salia Abdul Quddus, a Principal State Attorney, were that about 11 a.m. on November 9, 2017, the two attacked Pastor Ocran at Kumbuyili.

They stabbed him with a knife in the chest and later hit him with a pestle in the head, killing him instantly, and locked the body in a room.

The prosecution said the two cousins, after the act, took away a Samsung Galaxy phone, GHS200 and a Toyota Highlander 4X4 vehicle, with registration number GN 1736-14, all belonging to the deceased.

About 10 p.m. on the same day Ben Asamoah, an assistant pastor of the church, informed the police that he had visited the head pastor and found him dead in his house, while his Toyota Highlander was missing.

About 3 p.m. on November 10, 2017, the police in the Northern Region had information that the vehicle had been sent to the Tamale Industrial Area for re-spraying and thereafter offered for sale for GHS10,000.

The police feigned interest in buying the car, and through investigations, Dogyi, a third-year Engineering student of TaTU, was arrested. He mentioned his cousin, Obio also a third-year student of the same university, as his accomplice.

Published in Do not use me (Untick me), News and Other Campuses